A London court will suspend the corruption trial of three former energy industry executives for at least two weeks amid attempts to quell the spread of coronavirus in the country. 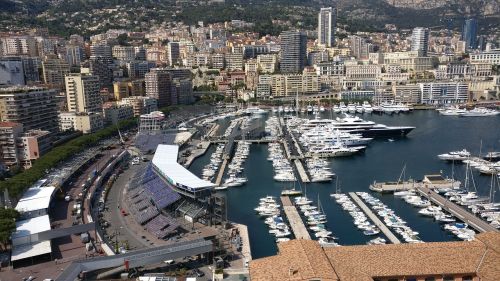 Energy consultancy Unaoil, which is accused of paying bribes in more than 20 countries, is based in Monaco (Photo Credit: Needpix, Creative Commons Licence)

The UK Serious Fraud Office (SFO) told OCCRP on Tuesday that the trial of Stephen Whiteley, Ziad Akle and Paul Bond will be adjourned until at least the end of the month.

Whiteley and Akle, former territory managers for Iraq at energy consultancy Unaoil, along with their co-defendant Paul Bond, former Middle East sales manager at Dutch energy firm SBM, are accused of bribing officials in Iraq for contracts worth US$800 million to rebuild the country’s oil industry after the fall of Saddam Hussein in 2003, according to the SFO’s website.

Monaco-based firm Unaoil is at the centre of international investigative efforts over allegations its employees paid hundreds of millions of dollars to officials in nine countries over a period of almost 20 years to secure lucrative contracts for their clients.

In October 2019, the US Justice Department announced that Cyrus Ahsani and Saman Ahsani, two brothers from the family that owned the firm, pleaded guilty to charges of bribery and violations of the country’s Foreign Corrupt Practices Act.

The suspension of the trial came after UK Prime Minister Boris Johnson on Monday night urged the public to work from home where possible as part of new measures to contain the spread of COVID-19, according to the BBC.

The adjournment of Whiteley, Akle and Bond’s trial will begin on Tuesday evening. SFO Press Officer Ellie Holloway told OCCRP that “the court will sit late to ensure all evidence is covered, and closing speeches will begin once the trial restarts.”

Officially, the agency expects proceedings to resume on 31 March, but Holloway added that “the situation is being monitored and assessed as per government guidance.”

The SFO sent staff home last Friday due to a possible case of coronavirus. “The office reopened on Monday but today, in line with Public Health England guidance, staff are being encouraged to work from home where possible”, Holloway said.

Laura Dunseath, a UK barrister specialising in corruption and former case-controller for the SFO, told OCCRP that courts in Northern Ireland have said they will stop taking new cases to trial as of Wednesday, and that courts in England and Wales will likely follow suit before too long.

If that happens, the disruption will have a knock-on effect for the SFO’s caseload, which covers fraud, bribery and corruption offences.

“Courts in the UK are already overstretched,” she said. “Cases involving rape and other sexual offences, or youth defendants on remand, tend to take priority. If the courts shut for a month, it is highly likely that SFO cases will be knocked back as a result.”

“It may even be the case that September trial dates are out of the window now,” she added.