Coronavirus travel restrictions have stalled Sweden’s investigation into an international fraud carried out by a sham Ukrainian investment company, according to Dagens Nyheter. 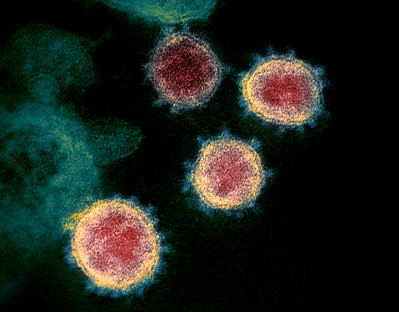 Travel bans due to COVID-19 have delayed Sweden's investigation of a Kyiv-based sham investment company (Photo Credit: Flickr, Creative Commons Licence)Swedish prosecutor Arne Fors told the newspaper on Friday that the pandemic forced investigators to cancel a meeting with Europol, at which they planned to discuss international cooperation on their probe into Kyiv-based Milton Group.

In a joint investigation published earlier this month, DN and the OCCRP exposed how the Ukrainian firm defrauded up to a thousand people worldwide through sham investment schemes.

Some of the company’s victims, many of whom were elderly Swedish citizens, were robbed of more than US$200,000. One woman was forced to sell off her home in order to cover her debts.

Dagens Hyheter reports that the company's building in Kiev appears to remain open, despite the recent allegations.

Fors reportedly told DN that the investigation has at least one confirmed suspect, but declined to identify the person or which country they are from.

Sweden’s response to the revelations has been swift. On 3 March, OCCRP reported that Swedish Minister for Foreign Affairs Ann Linde had raised the issue in a meeting with senior members of the Ukrainian government, and that Minister for Energy and Digital Development Anders Ygeman said his office is pushing for new EU legislation to crack down on the role of big tech companies in facilitating such scams.

The joint media investigation into Milton Group found that many victims reached out to the company after seeing adverts on Facebook that used false celebrity endorsements to promote investment scams.

Ygeman said that if big tech firms “would work as hard on protecting themselves from false ads as they have on making it possible to direct ads to a specific group, this problem would not exist.” His comments make thinly-veiled reference to the Cambridge Analytica scandal, in which Facebook was complicit in harvesting more than 87 million users’ data for voter targeting ahead of the 2016 US presidential election.