Investigators in more than 15 countries have seized almost 36 million units of medical drugs in a coordinated sting on European groups trafficking black market and counterfeit medications. 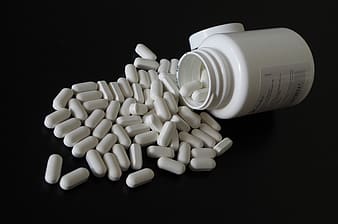 Operation Misused Medicines (MisMed), backed by Europol and now in its third phase, took place between July and October 2019. The drugs seized included anticancer and antiviral treatments, narcotics, painkillers, erectile dysfunction medications and doping substances, according to a statement released on Monday.

Many of these medicines were stolen from hospitals, illegally manufactured and packed in underground laboratories, or diverted from legal wholesale supply chains to be sold to criminal groups.

Official estimates put the combined value of the seizure at €7.9 million (US$8.9 million). Authorities reportedly arrested around 165 suspects and recovered €1.5 million ($1.7million) in assets, causing disruption to at least 12 organised criminal groups.

The numbers represent a decline on previous years. In 2018, the second Operation MisMed yielded €162 million ($184 million) in black-market medicines and assets and led to the arrest of 435 suspects, while the initiative’s first iteration in 2017 brought in just over €226 million ($256 million) and resulted in the arrest of around 100 black market actors.

Petri Lounatmaa, Enforcement Director at Finnish Customs, told the OCCRP there were any number of operational reasons the overall figures were lower than in previous years. He believes that this year’s initiative nonetheless proved a considerable success.

“Every time you’re able to gather this many countries and organisations together to collaborate on an interdisciplinary operation in this way, that is a success in itself, because you’re able to seriously enhance the intelligence picture around this kind of crime,” he said.

Lounatmaa said that while illegal manufacturing and smuggling of medical drugs may be less lucrative than the market for illegal narcotics, some may be attracted to the trade by the fact that in some countries, the criminal penalties are less than in the case of illegal drugs.

“People also always need medicine,” he said, “so even a small piece of that cake is going to make you a lot of money.”

At the same time, Lounatmaa emphasises that the dangers of the trade are nonetheless very real for those who use medical drugs purchased on the black market.

“No-one can be sure they have the right information about what they’re taking when they are buying smuggled or otherwise illegal medical substances, and the consequences can be severe. That is the greatest risk here,” he said.