The head of an elite Iraqi counter-terrorism force declared that his unit would be best purposed fighting corruption, but an expert claims this may be an uphill battle. 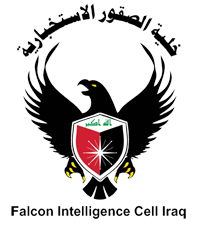 Iraqi Falcons Intelligence Cell“Terrorism generates corruption and corruption generates terrorism,” Abu Ali Al-Basri told Al-Monitor in an interview published on Saturday. “As the Falcon Cell, we have earned a very good reputation over the years,” he said, adding that “no one can fight IS if they are corrupt.”

Al-Suqour, or the Falcons, is made of more than 5,000 Iraqi law enforcement officers and intelligence agents. The unit has made a name for itself by engaging in daring undercover operations targeting ISIS and other extremist groups in Iraq. The Falcons are most famous for foiling some 30 attempted car-bombings in Baghdad.

The true identity of the Falcon’s leader is clouded in secrecy but he goes by his pseudonym Abu Ali Al-Basri.

The unit could now take on a greater role in the fight against corruption and Al-Basri said he brought the idea to his superiors in the government, but has yet to receive a response. The country declared in 2017 a national war on corruption, but progress has been slow going to non-existent and Baghdad has been wracked by anti-corruption protests for months.

However, Kevin Knodell, a US author and journalist covering Iraq, told OCCRP that  there are some really competent special operations and intelligence people in the Iraqi military and even if they are fully committed to the cause, they are going to have a tough time.

“I don’t think this would come from a lack of confidence or a lack of will on the Falcons’ part to root out corruption, but I think it would be nearly impossible for a lot of reasons,” he said.

“In the way that the Iraqi system is currently built, [corruption] isn’t a bug, it’s a feature,” Knodell explained.

He noted that corruption is not just an internal problem. Iranian influence remains strong in Iraq “and they like to keep things kind of corrupt out here, because a corrupt system is one in which it is easier to exert control over,” Knodell said.

“The Iranians really don’t want to let go of that. So say somebody did really want to root out corruption, fine, but how are they going to stay independent when all of their bosses answer to people in Iran?” he asked.