An Austrian bank caught facilitating money laundering said on Monday that it filed for bankrupcy, ending almost a century in banking for one of Austria’s most famous families. 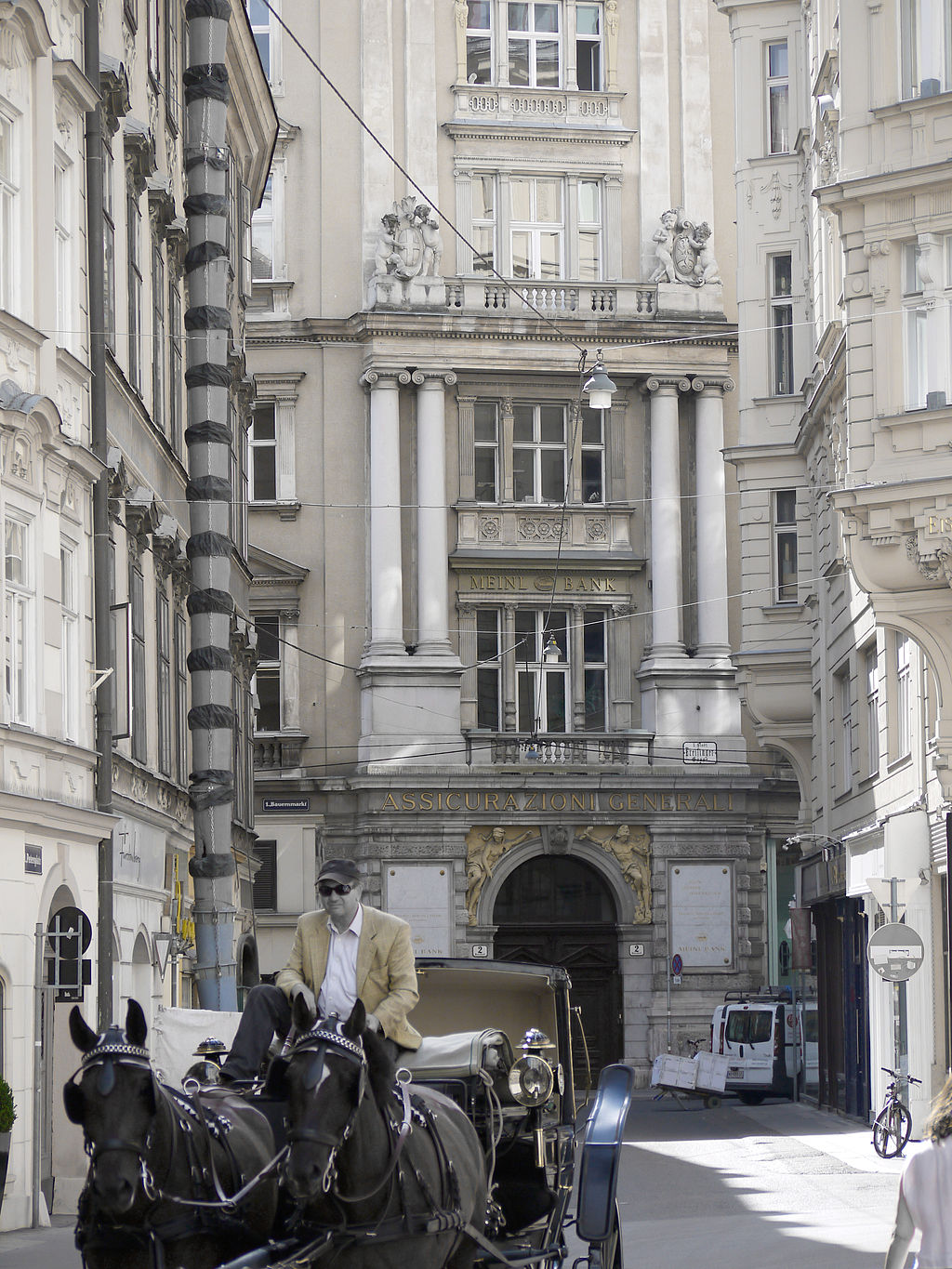 Meinl Bank Headquarter in Vienna; By Thomas Ledl (CC BY-SA 3.0 AT)The Anglo Austrian Bank, formerly known as Meinl Bank, is suspected of having been used by businessmen across Eastern Europe to syphon hundreds of millions of dollars from banks in Ukraine, Lithuania and Latvia.

Meinl Bank was established in 1923 by the son of Julius Meinl who made his fortune importing coffee during the Habsburg Empire. The Julius Meinl coffeehouses in Vienna have shaped the city’s culture. Meinl Bank was renamed last year into Anglo Austrian Bank.

The European Central Bank revoked the bank’s licence in November 2019, shortly before OCCRP and its partners, profil magazine in Austria and Siena.lt in Lithuania, published the results of their investigation into the bank’s Eastern European affairs.

Reporters found evidence that the bank helped bankers in Ukraine, Lithuania and Latvia bypass regulations and bans, shifting vast amounts of money out of their banks just before their collapse.

Banks in places like Ukraine would guarantee a Meinl loan to an offshore company with opaque ownership or a direct tie to the banks’ owners. The “borrower” would then default, prompting Meinl to invoke the guarantee and recoup the money from the originating bank.

Austrian media reported that the bank filed for bankruptcy with little left for its own creditors. The bank has some 245 million euro US$274 million) in liabilities and 40 million ($44.7 million) more in disputed assets, while its own assets are estimated at 148 million ($165.5 million), krone.at reported.