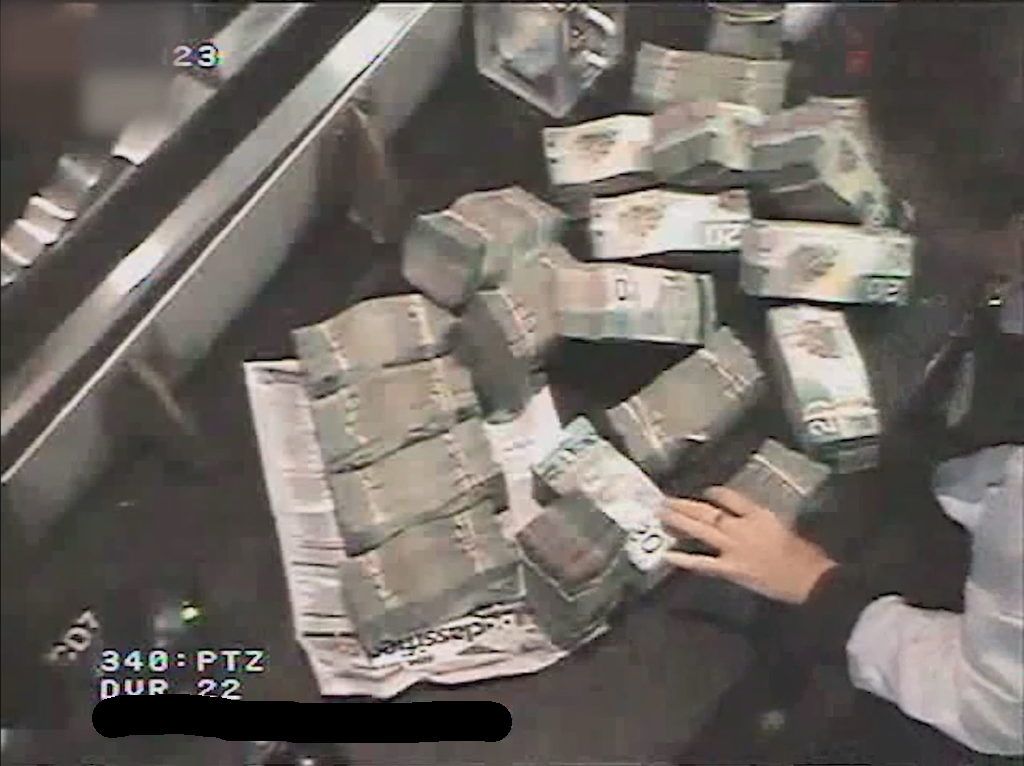 'Dirty money' is seen being exchanged at a Canadian casino. (Courtesy: Provincial Government of British Columbia)But who was to blame was debated over the course of the three day event.

The hearing is the first step made by a commission designed to investigate and make recommendations to combat money laundering in British Columbia (BC), where US$5.25 billion in dirty money is estimated to have been laundered in 2018.

Representatives of the gaming industry, two levels of government and even the luxury car industry all made opening statements at a courthouse in downtown Vancouver from February 24 to 26.

Previous reports by ex-Royal Canadian Mounted Police Officer, Dr. Peter German, detailed how thousands of luxury cars, worth millions of dollars, were bought and illegally exported; how housing prices rose anywhere from 3.5 to 7.5 percent, raising the cost of housing out of the reach of many normal citizens; and how the funds fuelled the drug trade.

Lawyers for the provincial and federal governments outlined the work done to combat money laundering since the bombshell reports were first released.

They also linked money laundering to the ongoing opioid epidemic engulfing the province, where more than 4,000 people have died over the past three years due to drug overdoses.

But it was the president of the government public workers employees union who fired the first shots at a culture they claimed not only encouraged money laundering but punished those who tried to expose it.

"Members have experienced unique impacts, including seeing their livelihoods and personal safety threatened by the criminal activity that has been allowed, possibly even encouraged, to flourish in BC’s gaming sector," said Stephanie Smith, the union’s president.

She called for greater protection for whistleblowers and more support for casino workers.

Smith’s address marked the tipping point for the hearing to turn contentious.

"Many public criticisms that have been made about its conduct and actions are factually unfounded or overly critical," said Mark Skwarok, the lawyer for Great Canadian Gaming.

Dr. German’s reports laid out what he called "the Vancouver model" of money laundering, where dirty money is cleaned through casino transactions.

The lawyers for casino and gambling officials disputed large sections and findings of the report, focusing on claims criminals were laundering money through casinos by first buying, then cashing out gambling chips to receive clean funds.

Christine Mainville, the lawyer for ex-BC Lottery Corporation vice-president Robert Kroeker who was in charge of compliance until this past summer, said several conclusions German made are simply "not possible."

"It is not possible," she concluded.

But privacy advocates that spoke were less enthusiastic about expanding enforcement powers, arguing it presented a danger to individuals.

"Canadians have a right to know how and why their private information is being used by a private body," said Megan Tweedie with the BC Civil Liberties Association.

The commission is scheduled to next meet at the end of May to lay out the extent of money laundering in BC.