Switzerland’s Financial Market Authority (FINMA) banned on Thursday one of the largest Swiss multinational private banks from conducting any significant acquisitions after finding it failed to combat money laundering between 2009 and early 2018. 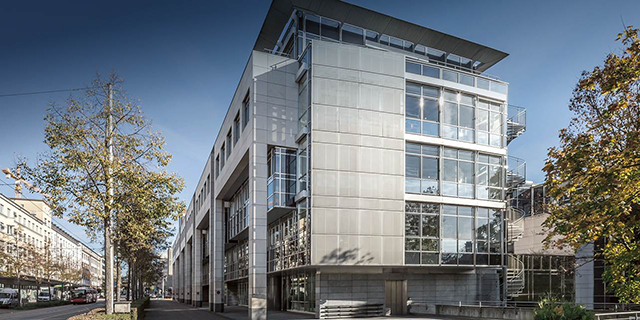 FINMA headquarters in Bern. Source: FINMA's websiteThe irregularities at Julius Baer Bank, as the Swiss market watchdog said in a statement, involve the shortcomings that arose in connection with alleged cases of corruption linked to PDVSA, Venezuela’s state-owned oil company, and FIFA, the world soccer federation.

PDVSA was at the center of a scandal in 2017, involving more than 50 of its employees suspected of embezzling US$ 200 million from the company’s funds.

In one case, according to the statement, Julius Baer in 2014 carried out a 70 million Swiss franc ($71 million) transaction for a Venezuelan client, without investigating it properly, even though the bank knew that the client was facing accusations of corruption.

Swiss banks must comply with  “know your customer” procedures, which requires them to collect data on their clients’ identities, the origin and target of their money and the reason why they chose that bank. FINMA said that Julius Baer failed to collect this data.

Authorities said that the bank recklessly provided financial services to clients who were suspected money-launderers and failed to report suspicious cases, which according to FINMA, “ seriously violated the rules of financial law.”

The watchdog added that the bank incentivized the anti-money laundering breaches by rewarding its client advisers almost exclusively based on financial targets.

FINMA found irregularities in almost 70 business relationships and in some 150 Julius Baer transactions.

its financial activity. FINMA has ordered new bonus and disciplinary procedures and improved hiring of client advisers to fight corruption. Until those changes are made, an independent supervisor will observe its banking activities.

As OCCRP previously reported, the bank was also involved in secret offshore deals by Ukrainian officials.

The only comment from bank officials was that they “took note” of the decision. The FINMA could open proceedings against specific bank officials.

FINMA has uncovered wrongdoing by Swiss institutions, involving scandals related to Petrobras, FIFA and the Malaysian sovereign wealth fund. It resulted in 16 enforcement procedures towards banks and another nine implicating individuals.

Unlike other sanctioned banks, the agency did not confisacte any of Julius Baer’s profits.