Kyrgyz authorities are investigating a custom officer who could be involved in a scheme journalists of OCCRP, RFE/RL and Kloop revealed last year that saw millions of dollars being illegally funneled out of the country. 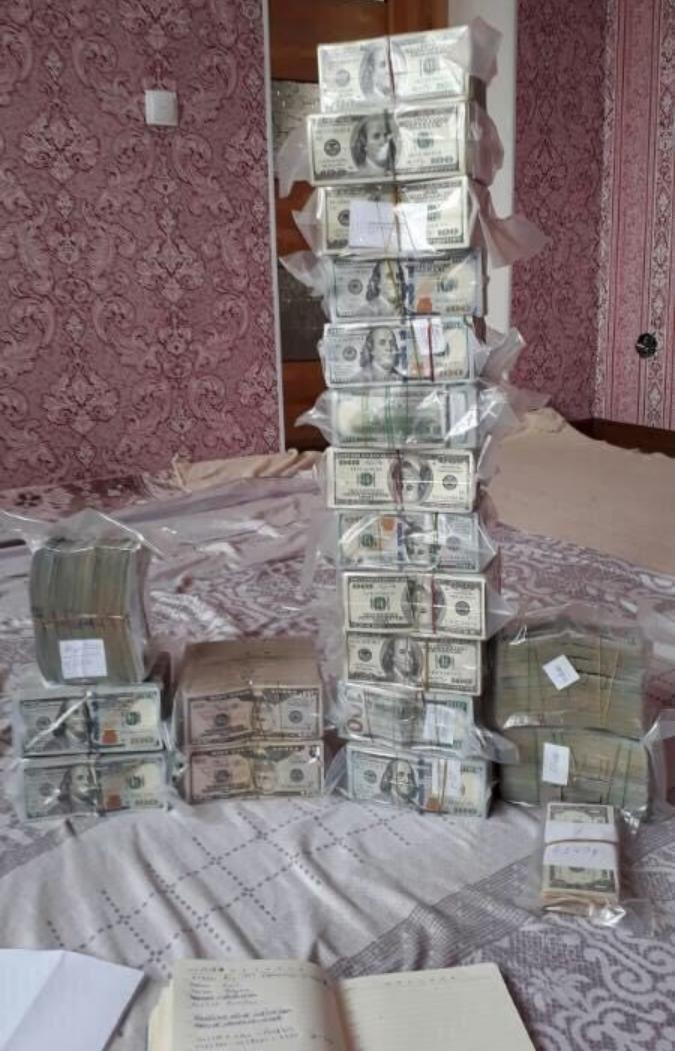 Saimaiti's photo of stacks of US dollars his couriers were carrying. Credit: Aierkin SaimaitiErkinbek Aidarov is suspected of having been part of a network of underground cash couriers Kyrgyz market vendors used for decades to purchase foreign goods, according to the journalists’ investigation.

The network was also exploited by the powerful Kyrgyz Abdukadyr family to secretly funnel millions of dollars out of Kyrgyzstan.

Aierkin Saimaiti, a whistleblower and self-confessed money launderer, who was murdered soon after he told reporters about the scheme, identified Aidarov as one of the clan’s couriers.

OCCRP obtained a cash declaration confirming that Aidarov, a customs officer deployed as an inspector at a railroad customs point in southern Kyrgyzstan, took US$715,000 out of the country in March 2016.

The customs officer claimed on the form the amount was his own personal income, although his official salary is less than $200. He owns no companies that could account for his possession of such a large sum, according to the Kyrgyz business registry.