Georgian opposition parties suspended on Tuesday negotiations with the ruling party about the country’s election system after the Supreme Court sentenced an opposition leader to 38 months in jail for embezzling nearly US$14 million while serving as the mayor of Tbilisi. 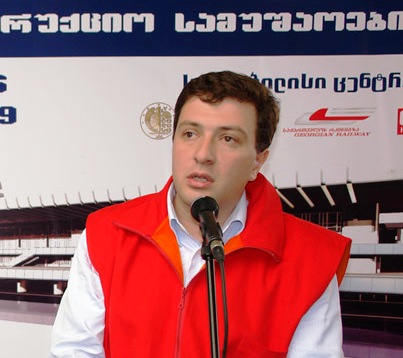 Ugulava was first sentenced in 2014 to several months in jail for similar offenses. Then in 2015, he was sent behind bars for more than nine years for misspending millions of public funds but the sentence was reduced to four-and-a-half years, according to the government news platform, Agenda.ge.

The new verdict comes at the start of an election year and amid negotiations between the opposition and the ruling Georgia Dream party about the country’s election system.

The US Embassy in Tbilisi said it was disappointed with the timing and the context of the conviction, referring to the negotiations.

“An environment conducive to the successful continuation of the dialogue requires an independent, transparent judicial system free of political influence,” the Embassy said.

US Congressman Adam Kinzinger, who has been involved in discussions about the current political crisis that erupted in Georgia regarding the election system, condemned on Tuesday the arrest and the sentence, saying it was for an old crime Ugulava already served time over.

“To say this is disturbing would be an understatement. Using courts as a weapon is NOT democracy,” Kinzinger tweeted.

According to Deutsche Welle, neither Ugulava nor his lawyer were allowed to attend the Supreme Court’s closed hearing.

Ugulava told reporters that the leader of the ruling Georgian Dream party, billionaire oligarch Bidzina Ivanishvili, was behind the arrest and the conviction, DW reported.

Ivanishvili is considered to be the most powerful person in Georgia.