A Novaya Gazeta investigative reporter who three years ago exposed the Chechen gay purge said she and a human rights lawyer were attacked last week by an angry mob in the Chechen capital of Grozny. 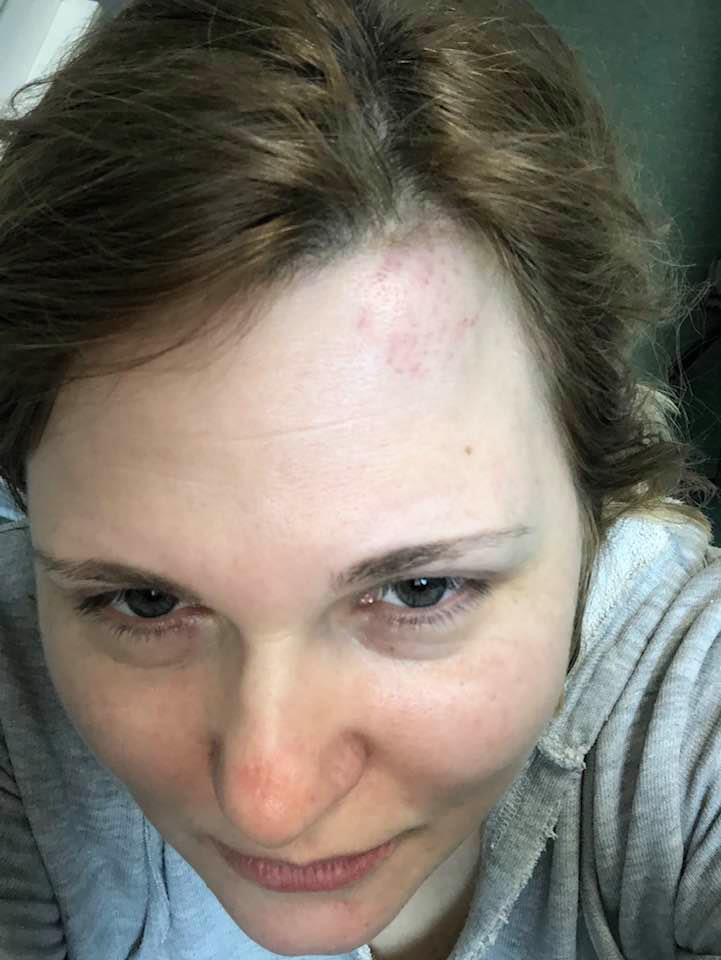 Bruises on Elena Milashina's face. (Photo: Elena Milashina Facebook)Journalist Elena Milashina and lawyer Marina Dubrovina had arrived in Grozny to attend the trial of a blogger who was jailed after publishing a video that showed real estate allegedly belonging to the family of the Kremlin-appointed Chechen leader Ramzan Kadyrov.

Some 15 people, mostly women, allegedly attacked the two in the lobby of the Continental Hotel.

“My poor head,” Milashina wrote on Facebook, posting a photo of her bruised face.

She told BBC that the attack “was coordinated and orchestrated.”

“These were thugs, provocateurs; female thugs carried out this punitive attack. They were young women, girls, and the men were standing close by and giving them instructions,” she said.

A Chechen police statement confirmed that the Moscow-based journalist reported the attack and that authorities are investigating it.

Milashina posted her report to the police on Facebook. It states that she believes she was attacked because of her work. The attack was carried out in a manner the Chechen authorities, including the President, had announced in their threats, she said.

Some three years ago, Novaya Gazeta published Milashina’s investigation on honor killings, detention and torture of gay men in Chechnya, alleging that dozens of them were held in secret prisons across the conservative country and that many of them were reportedly killed or tortured to death.

“We know of six cases in which families were told by the authorities to kill male relatives who were said to be gay. Of those, at least three, maybe four, such killings actually took place,” Milashina said in an interview to The New Yorker, in June 2017, talking about her story.

International organizations have called on the Russian federal authorities to seriously investigate the attack in Grozny.

“I am extremely concerned by reports of attack on Elena Milashina, investigative journalist of Novaya Gazeta, and lawyer Marina Dubrovina… I am looking for more details on the case and call on the authorities to swiftly investigate the attack,” Representative on Freedom of the Media of the Organization for Security and Cooperation in Europe (OSCE), Harlem Desir tweeted.

Denis Krivosheev, Amnesty International’s Eastern Europe and Central Asia Deputy Director, warned that only an effective investigation of the attack on Milashina and Dubrovina, and all past attacks, “can put an end to the lawlessness that currently reigns in Chechnya.”

The Committee to Protect Journalists and the human rights Moscow Helsinki Group have also called for an urgent investigation and prosecution of the attackers in Grozny.