A judge sent on Wednesday a former Detroit Metropolitan Airport official behind bars for 10 years because he fixed contracts for infrastructure projects and pocketed US$6 million in kickbacks, the US Attorney's Office said. 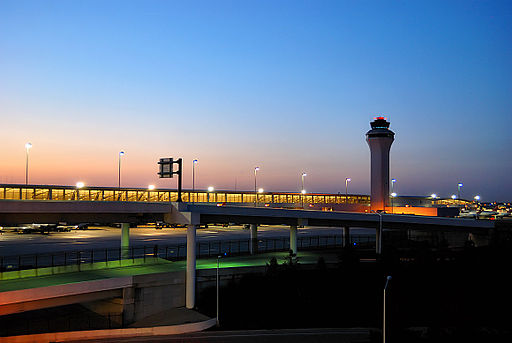 Detroit Metropolitan Airport. (Photo: Dehk [CC BY-SA])The money Warner took “represents the highest bribe totals in the Eastern District of Michigan’s history, and one of the largest in the country,” the statement said.

A federal jury found last June that James Warner, 51, directed more than $43 million in airport infrastructure projects to three co-conspirators while he was working as a field inspector at the Wayne County Airport Authority (WCAA).

Warner even falsified the square footage and asphalt depth on an airport roadway project. This  enabled the company of his co-conspirator William Pritula to bill the airport $938,000 although Pritula’s subcontractor charged only $275,000 for the works. Pritula and Warner split the profit.

On another occasion Warner’s co-conspirators submitted two invoices - one for $13,429.63, and another for $18,055.26 - for the replacement of backflow preventers, which are devices that allow water to flow in only one direction. However, the preventers were never purchased and never installed.

The scheme worked because Warner was the one who approved or rejected invoices.

Court documents describe how Warner persuaded his co-conspirator Gary Tenaglia, 65, to pay to be part of the "brotherhood" at the airport. During dinner, Werner wrote “5K” on a napkin, showed it to Tengalia and then allegedly ate the napkin.

Through bribery, fraud, and kickbacks, Warner “stole the hard-earned money of the men and women who fund the services provided at Detroit Metropolitan Airport,” Steven M D’Antuono, head of the Detroit FBI, said in the statement.