Bosnia and Herzegovina’s Parliament has been discussing in Sarajevo on Tuesday the appointment of a politician whom the US Government has blacklisted for corruption into a commission designed to monitor and supervise the country’s anti-graft agency. 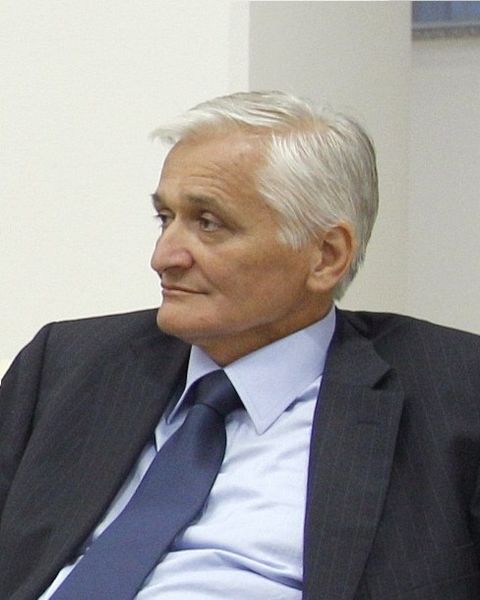 Nikola Spiric, a Bosnian politician blacklisted by the US State Department. (Photo: UKOM (CC BY-SA 3.0))Bosnian Serb Nikola Spiric is one of six people nominated to supervise the work of the Agency for the Prevention of Corruption and Coordination of the Fight against Corruption (APIK).

The Agency is to coordinate the fight against corruption on all levels of the administration as well as the private sector, political parties, cultural and sports institutions, foundations, associations and NGOs.

Spiric, a member of the Parliament’s House of Peoples from the Bosnian Serb leading Alliance of Independent Social Democrats (SNSD), was nominated despite the fact that he, his wife, son and daughter, have been on the black list of the US Department of State, Foreign Operations, and Related Programs since September 2018 for alleged involvement in “significant corruption or gross violations of human rights.”

“Mr. Spiric engaged in and benefited from public corruption, including the acceptance of improper benefits in exchange for the performance of public functions and interference with public processes, during his tenure as a member of the House of Representatives in Bosnia and Herzegovina,” the document read.

Local media have been reporting about Spiric’s wealth and his apartment in Vienna.

The Bosnian State Prosecutor’s Office was investigating allegations against him several times, but no charges were pressed, although he was often mentioned in connection with different shady businesses, including corruption and taking bribes during his long political career in the state parliament and the country’s central government - the Council of Ministers.

Ironically, one of two signatories of Spiric’s nomination for the commission to monitor APIK’s operations is Dragan Covic, the head of the Parliament’s House of Peoples and leader of the nationalist Croat Democratic Union (HDZ).

Bosnia’s international administrator removed Covic in 2005 from the post of the Croat member of Bosnia’s three-men Presidency and banned him from holding any other public offices, due to a criminal indictment against him that included abuse of power, misconduct and bribery.

The Court of Bosnia and Herzegovina sentenced Covic to five years in jail, but allowed him to appeal and released him on nearly US$1.8 million bail. The Appeals Chamber acquitted him due to lack of evidence after some 40 pages of material vanished during the process.