Tajik Activists Call for the Release of Independent Journalist

Tajik human rights activists and a number of journalists urged authorities on Monday to release their colleague Daler Sharifov who was detained last week on extremism charges. 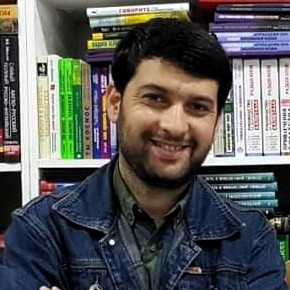 Photo of Daler Sharifov, Credit: OCCRPAs a freelancer, Sharifov, 32, wrote often about politics and criticized Tajik authorities. He was detained last Tuesday and two days later a court placed him in pretrial detention for two months, saying he was suspected of "inciting ethnic, racial, and religious discord."

The Prosecution Office said in a statement that Sharifov had published a brochure that was based on the ideology of the Muslim Brotherhood - a transnational organization labeled in many countries as a terrorist organization. Tajikistan banned the organization in 2006.

But the accusations are seen by many as an excuse for suppressing freedom of expression.

Eight NGOs and dozens of journalists signed a petition on Monday demanding his release, reminding that the country’s Constitution “guarantees freedom of speech and press and prohibits state censorship and prosecution for criticism.”

“UN agencies have repeatedly recommended that Tajikistan immediately stop the practice of suppressing freedom of speech and expression in the country,” the petition said.

The signatories noted that the arrest came right before parliamentary and presidential elections and that it “will cause serious damage to the international image of Tajikistan.”

The European Congress of Tajik Journalists and Bloggers called Sharifov’s detention illegal and noted that he has used his extensive knowlege of Islam to condemn religious extremism and terrorism.

“By publishing this book (“Mohammad and Terrorism”) he was about to contribute to the efforts of Tajik intellectuals to prevent and combat religious radicalism. We are sure that public scrutiny of his book bears this out,” the statement said.