US authorities arrested during an undercover operation 27 men accused of trying to solicit or broker sexual contact with children, police in Phoenix, Arizona, announced on Thursday. 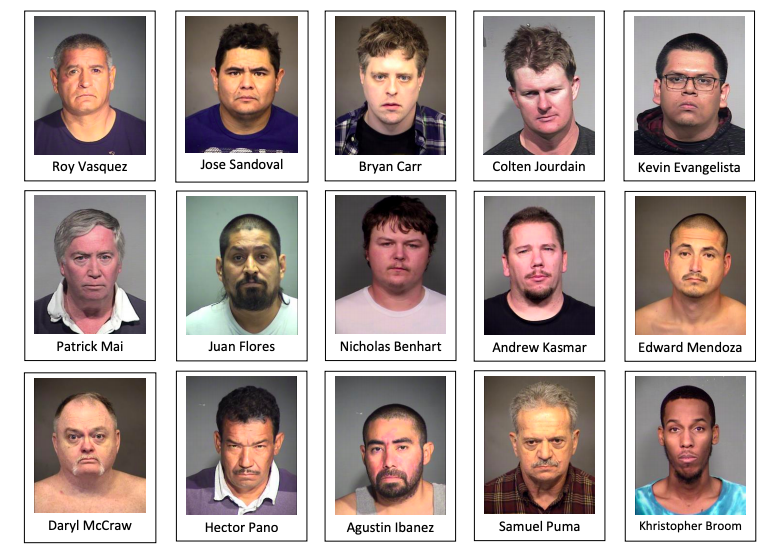 The suspects range in age from 21 to 69. (Photo: police in Phoenix)Undercover detectives used websites and apps that are known to be used or visited by people who are seeking sexual contact with minors to contact the suspects. The men believed they were meeting either a boy or girl 14 years of age or younger.

The suspects arrested in 'Operation Silent Predator' range in age from 21 to 69, the statement said.

“We took advantage of the need and desire of those who are criminally active in this field to try to engage these acts. They were very willing and it was easy to catch them,” Phoenix police spokesman Tommy Thompson said at a press conference.

Michael Nowakowski from the Phoenix City Council said that the arrested individuals were contacting youngsters for “unspeakable crimes. They were using social media to silently enter our homes, our children's bedrooms.”

“And we want to talk directly to the bad guys,” Commander Jim Gallagher of the Phoenix Police Department’s Drug Enforcement Bureau said. “We are looking for you. And we will catch you.”