Israel's attorney general has filed Tuesday an indictment against the country’s longest-serving prime minister, Benjamin Netanyahu, only hours after he announced that he was withdrawing his immunity bid from a pending indictment in three graft cases against him, the BBC reported. 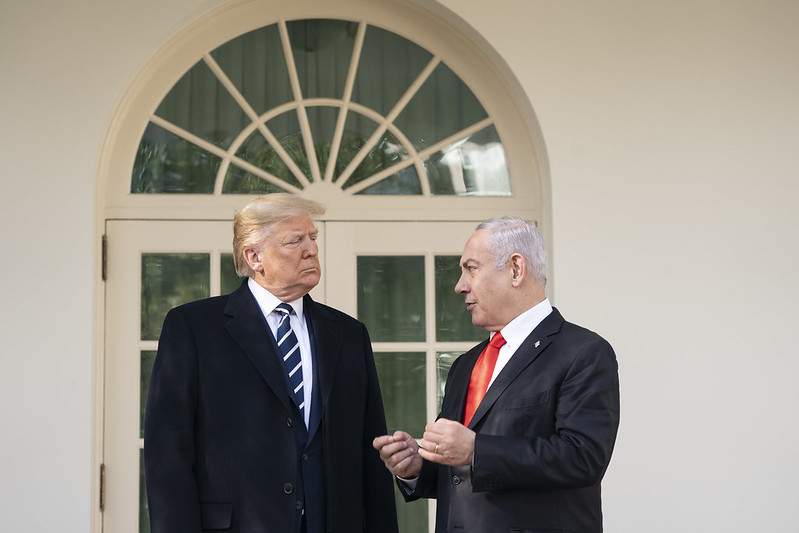 Israel's Prime Minister Benjamin Netanyahu with the US President Trump in Washington, D.C. (Photo: The White House)Netanyahu withdrew his bid for parliamentary immunity from prosecution on charges of bribery, fraud and breach of trust in relation to three separate cases.

“During this fateful time for the people of Israel, while I am in the US on a historic mission to shape Israel’s permanent borders and ensure our security for future generations, another Knesset episode is expected to begin in the immunity circus,” the prime minister posted on his Facebook.

“Since I was not given due process, because all the rules of the Knesset were trampled on, and since the results of the procedure were pre-dictated without proper discussion, I decided not to allow this dirty game to continue,” he wrote.

Israel’s Attorney General Avichai Mandelblit charged Netanyahu in November with bribery, fraud and breach of trust, based on police allegations that he granted state favors worth hundreds of US$ millions to an Israeli media businessmen in return for gifts and favorable coverage.

Addressing the nation earlier this month, when he decided to seek the immunity, Netanyahu repeated that he is “the victim of an unfair conspiracy.” He lashed out at prosecutors, the media and his political enemies.

His enemies, however, expect the prime minister will face the law. Netanyahu’s rival, leader of the Blue and White party, Benny Gantz, said that “Netanyahu is going to trial - we must go forward,” AlJazeera reported.

“Nobody could run a country and simultaneously manage three serious criminal charges of bribery, fraud and breach of trust,” he said in a statement.

Gantz, as Reuters reported, separately met the US President on Monday, after Netanyahu held preparatory talks with Trump on a long-promised Israeli-Palestinian peace plan sponsored by the Trump’s administration.