In the largest drug seizure in at least several years in Bosnia and Herzegovina, police have confiscated some 400 kilograms of skunk (cannabis) worth several million dollars in the central Bosnian town of Gornji Vakuf, the State Investigation and Protection Agency (SIPA) said in a statement Monday. 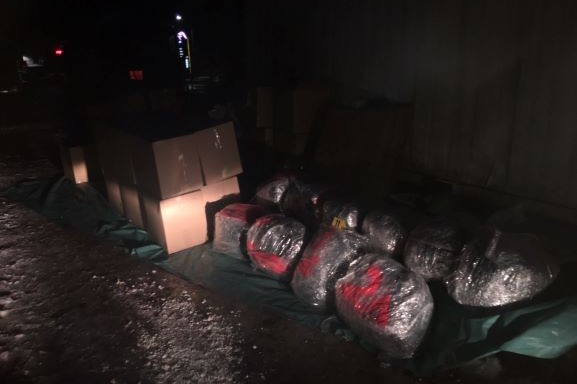 Packages of cannabis seized in Gornji Vakuf, Central Bosnia and Herzegovina. (Photo: SIPA)Acting on order of the State Prosecutor’s Office which spent several months investigating the operation, SIPA on Sunday night searched the premises of a company in the town. Agents found the drug and also detained a suspect.

The State Prosecutor said the objects in which the drug was found were sealed, and remain under police surveillance. The operation occurred some three months after police seized some 300 kilograms of cannabis, worth more than US$ 2 million, in the town of Capljina, on the country’s south.

BiH is mostly a transit country for trafficking illicit drugs, according to European Monitoring Center for Drugs and Drug Addiction, the authority on drug-related issues in Europe.

In its International Narcotics Control Strategy Report, published in May 2019, the US State Department also described BiH, not as a major producer or consumer of illicit drugs or precursor chemicals, but as “primarily a transit country, positioned between drug processing centers in Southwest Asia and markets in Western Europe.”

The report blamed the fragmented structure of law enforcement agencies and inter-agency rivalries, which “impede effective cooperation in detecting drug crimes and pursuing joint investigations,” in the country that remains administratively divided into two ethnic entities after the 1992-1995 war.

“There is little coordination between units that could connect drug activity to larger organized crime and money laundering operations,” read the report that also blames corruption, as “an endemic problem,” that often hampers effective investigations and prosecutions.