Brazil’s State Prosecution Office has filed a criminal complaint against Glenn Greenwald, journalist and co-founder of the Intercept on Tuesday, accusing him of having illegally obtained a series of online chats between prosecutors and the judge who was overseeing Brazil’s biggest corruption case, Operation Car Wash. 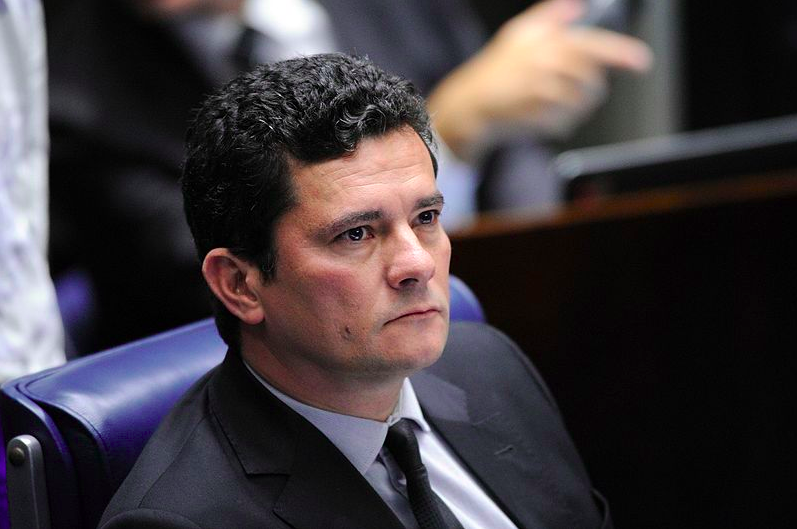 Brazilian Justice Minister Sergio Moro (Source: Senado Federal, CC BY 2.0)The leaks provided to The Intercept, which had come from an anonymous source, led to a series of over 95 articles that highlighted, most notably, the frequent communication between the judge in the corruption case, Sérgio Moro, and prosecutors in the case, ultimately leading to a guilty verdict against former president of Brazil, Luiz Inácio Lula da Silva.

More specifically, messages showed that prosecutors and judges conspired to incarcerate the ex-president, who was leading in the polls and on track to win his third term in office.

Lula was incarcerated in 2018 after having been given a multi-year prison sentence on charges of corruption and money laundering as part of the country’s probe into political corruption, known as “Operation Car Wash.”

This prevented Lula from running in the national election and paved the way for Jair Bolsonaro’s victory.

The revelations brought forth by the Intercept likely led to a judge’s approval of Lula’s appeal to be released from prison where he had been held in solitary confinement. Hundreds of others were also temporarily released following their own guilty sentences linked to the scandal.

Moro has not discussed the leaks, arguing they were illegally obtained.

Despite the alleged criminality, many of those who were involved or referenced in the leaked messages have confirmed the veracity of their content, according to reports.

“We are appalled that Brazil’s Public Ministry has decided to file such a blatantly politically motivated charge against Greenwald, in apparent retaliation for The Intercept’s critical reporting.” the news outlet stated.

In a live video posted Tuesday on Twitter from Brazil, Greenwald explained that the same district attorney who filed a criminal complaint against him, Wellington Divino Marques de Oliveira, had reportedly tried, and failed, to press charges against the head of the Brazilian Bar Association who had criticized Justice Minister Moro a few months ago.

It was particularly puzzling why a criminal complaint was being brought forth against him, according to Greenwald, especially since the federal police had already conducted a comprehensive investigation and concluded that Greenwald had never committed any crime, and that he had exercised “the highest level of professionalism, caution, and responsibility” in ensuring that he was doing his work as a journalist.

“Glen Greenwald has always said he wanted to get an in-depth picture of Brazil. Maybe now he can experience a Brazilian jail as well,” Eduardo Bolsonaro, the youngest son of the president who is serving as a Federal Deputy in São Paulo, tweeted while commenting on a Conexão Política story describing the criminal complaint.

President Bolsonaro’s sons have taken an active role in his administration, and have defended their father and his allies on social media. Eduardo, is reportedly serving as the Latin America representative of Steve Bannon’s far-right organization, the Movement, and has been seen wearing a hat that read “Make Brazil Great Again.”

Andrew Fishman, a reporter for The Intercept and Managing Editor of The Intercept Brasil, weighed in on an interview on Democracy Now, stating that despite Greenwald’s status as an American citizen, he has yet to see any comments released by the White House, alluding to the close ties between the Trump and Bolsonaro administrations.

“They simply don’t believe in a free press,” stated Greenwald in reference to President Bolsonaro and multiple members of his government.

“They don’t even believe in democracy. They’ve repeatedly and explicitly praised the military dictatorship that ruled the country until 1985 as a superior form of government. And this is all about ushering in that level of repression.”