Paraguay: Corrupt Guards May Have Helped 75 Prisoners to Escape

When officers entered on Sunday morning one of the prison blocks in Pedro Juan Caballero, Paraguay, they found it completely empty apart from one inmate trying to disappear through a tunnel that was dug from one of the cells to the outside of the prison walls. 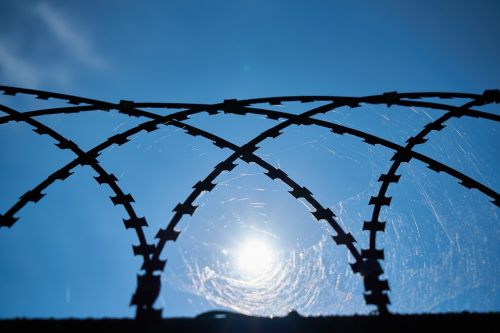 At least 75 prisoners managed to escape. (Photo: Engin_Akyurt (pixabay.com))The tunnel may have been dug to cover up a serious conspiracy that allowed at least 75 prisoners to just walk out the gate over the past few days, said Interior Minister Euclides Acevedo in a statement. People working at the prison may have been involved in the mass escape that occured when the main warden was on vacation.

Many of the escaped prisoners are members of the “dangerous” South American criminal gang, the First Command of the Capital (PCC), based in Brazil. Since the town is at the border to Brazil, the gang members may have already crossed over.

“Everybody seems to have been involved,” the minister said. “There is complicity of people working in the jail and this is a phenomenon that occurs in penitentiaries.”

The only prisoner recaptured was the one officers saw trying to enter the tunnel when they walked in.

Officials found more than 200 bags of dirt near the tunnel that was dug out of the bathroom part of a cell. Their colleagues across the border found some burnt vehicles the escaped prisoners have likely used, the BBC reported.

Justice Minister Cecilia Perez ordered the entire staff of the prison to be fired.

Even inmates from the second floor had escaped, which means their cells were probably open, Perez told ABC Cardinal radio, adding that authorities were informed that the prisoners had offered staff members US$80,000 in return for help.

"It's clear there was corruption," Perez claimed.

“It’s not possible that nobody saw anything all this time,” Perez told the Telefuturo station. “Anyone who says otherwise is lacking intelligence.”