Peruvian authorities detained 124 people suspected of being members of an organized crime group involved in prostitution and drug trafficking, the Ministry of Interior announced on Monday. 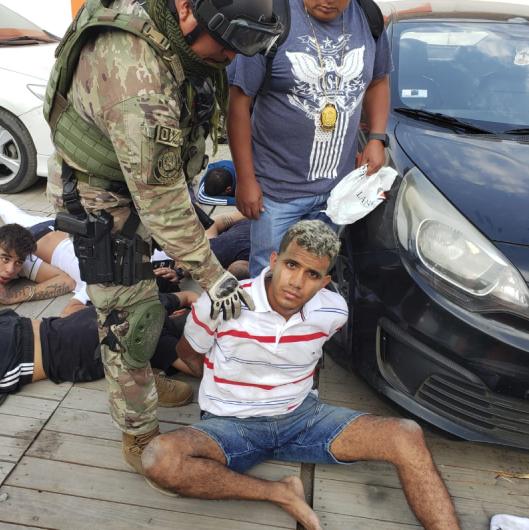 Authorities will investigate every member’s involvement in the recent murder of a person in a MacDonald’s restaurant, as well as a spate of thefts and assaults, including two violent robberies of tourists from whom they allegedly took expensive Rolex watches, the Peruvian Times reported.

The paper quoted police as saying that the group could be also linked to the murder and dismemberment of two young men in San Martin de Porres in east Lima. All suspects face charges of illegal possession of weapons, drug trafficking and prostitution.

The group used the hotel in Punta Negra as a base for planning future crimes, the Ministry tweeted.

Officers seized weapons, ammunition, synthetic drugs, six vehicles and a number of smartphones during the raid that was carried out as a party was underway at the hotel, according to Peruvian Times.

Minister of Interior, Carlos Moran, promised the suspects will either be sentenced or deported.