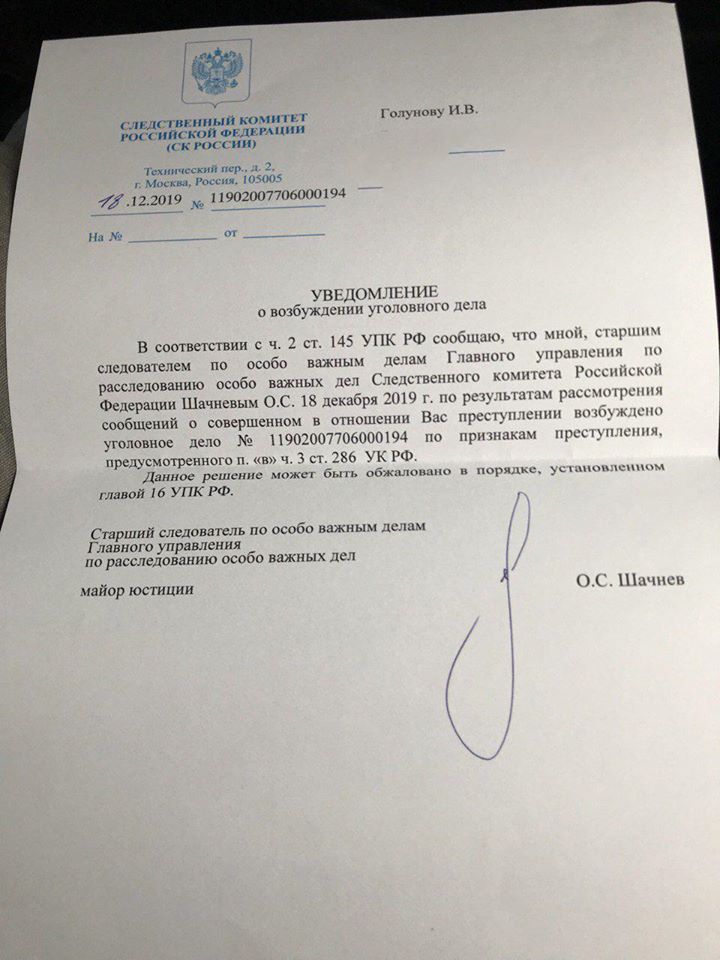 A letter sent to Golunov by Russia's Investigative Committee. (Photo: Ivan Golunov's Facebook)Moscow police arrested the Meduza investigative reporter in June while he was heading to a work meeting. Golunov investigated corruption in Russia.

Investigators and police accused Golunov of possessing drugs - a crime that can lead to a 10-20 years prison sentence. Golunov claims the charges were fabricated and that the drugs were planted on him.

He was released after a major public uproar and sent to a hospital with concussions, hematoma, and possibly a broken rib which he claimed were consequences of beating but police denied the accusations but opened an investigation into the circumstances of his arrest.

The investigative Committee sent Golunov an official letter informing him that the investigation produced criminal proceedings and that he has been named a victim.

A day after the letter was sent out, Russian President Vladimir Putin announced at the annual news conference that the Committee is conducting an investigation regarding the misuse of power and that the Interior Ministry has suspended five people.

“They have been fired from Interior Ministry bodies, and criminal cases have been initiated against them,” Putin added.

If found guilty, the suspects could land in prison for up to ten years.