Lawyers who took on a case against Swiss pharmaceutical company Hoffman-La Roche stated on Monday that the corporation falsely claimed that Tamiflu, one its highest grossing products, could help limit a potential influenza pandemic by preventing the transmission of the virus. 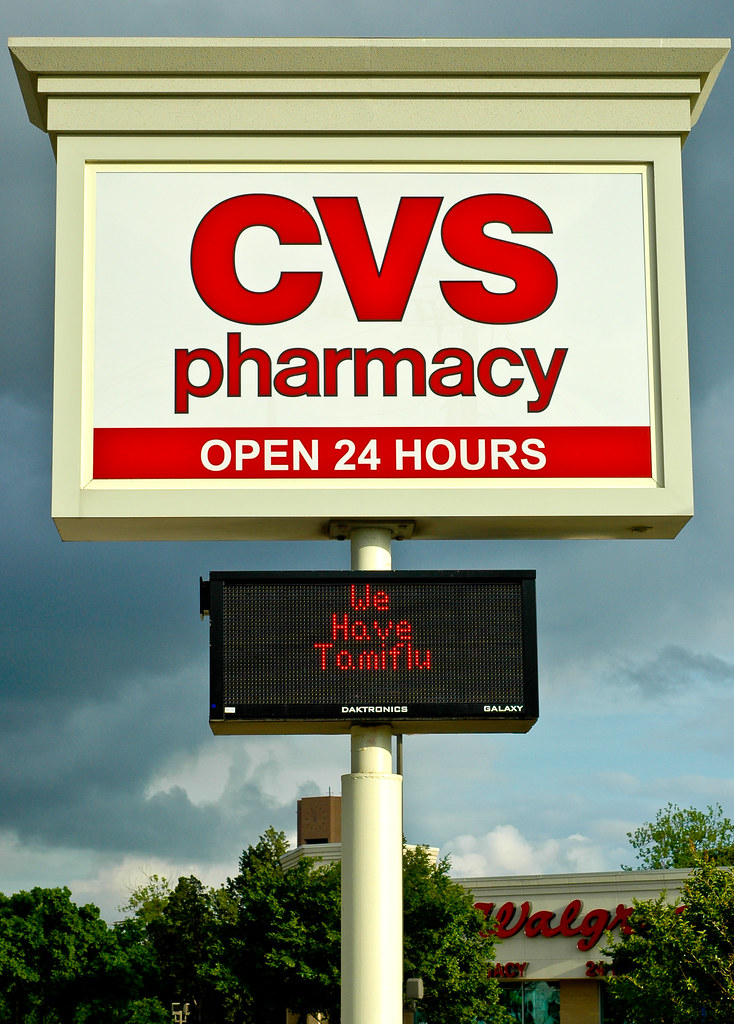 US Pharmacy offering Tamiflu (By: Rich Anderson (CC BY-SA 2.0)To verify its claims, Roche relied on a number of flawed scientific studies, sometimes written by Roche-hired ghostwriters or people with close ties to the company, the lawsuit said.

The medication became popular in recent years during outbreaks of Bird flu, or avian flu - an infectious virus that spreads among birds and in rare cases can affect humans. The disease killed a number of people worldwide.

Governments spent billions stockpiling Tamiflu based on the company’s claims that were false, according to the recently unsealed lawsuit, submitted last September by four law firms from Baltimore, Texas, Maryland and Pennsylvania on behalf of Dr. Thomas Jefferson.

The US government spent US$1.5 stockpiling the drug to prevent future pandemics. Back in 2005, President George W. Bush made a speech at the National Institute of Health, where he justified this spending.

“We’re also increasing stockpiles of antiviral drugs such as Tamiflu,” he said. “So in addition to vaccines, which are the foundation of our pandemic response, I am asking Congress for a billion dollars to stockpile additional antiviral medications,” he announced.

But Dr. Jefferson, a determined physician and public health researcher, had been looking into claims made by Roche as far back as 2009, and demanded that the company release clinical studies on the drug, which he received in 2013.

After studying the data, he concluded that it does not support Roche’s claims and that Tamiflu, “...is more likely to perpetuate an influenza pandemic than to stop one”.

“Roche successfully hid these facts for many years, among other things, by selectively citing its studies, obfuscating and suppressing the data that runs counter to its marketing message, and utilizing lobbyists, key opinion leaders, and ghostwriters to promote what makes Tamiflu sell—a deceptive promise to alleviate the fear of an influenza pandemic. Roche has also effectively downplayed adverse effects of taking the drug, effects that may outweigh the benefit,” the lawsuit explained.

Dr. Jefferson and lawyers representing him brought forth the case under the False Claims Act, also known as the “Lincoln Law,” which allows people to submit claims against individuals or corporations that have defrauded US government programs.

The law entitles informants to anywhere between 15 and 25 percent of what the government ultimately recovers as a result of the claim, and sometimes the reward can be as high as 30 percent.

Dr. Jefferson has cooperated with the Cochrane Collaboration, a respected research network that produces systematic reviews of pharmaceutical industry products. The non-profit has been described by the Canadian Medical Association as "the best single resource for methodologic research and for developing the science of meta-epidemiology.”

A Guardian investigation from 2014 revealed that the drug-maker also understated the symptoms associated with taking the medication, especially if an influenza pandemic would ever transpire.

“If a million people take Tamiflu in a pandemic, 45,000 will experience vomiting, 31,000 will experience headache and 11,000 will have psychiatric side-effects. Remember, though, that those figures all assume we are only giving Tamiflu to a million people: if things kick off, we have stockpiled enough for 80% of the population. That's quite a lot of vomit.” The article concluded

It already appeared to be a cause for concern, according to the investigation, that the British government had spent a reported $650 million on the drug to protect its own population against an influenza pandemic.

On the drug’s official website, as of Tuesday afternoon, it is still indicated that in addition to curbing flu symptoms, “Tamiflu can also reduce the chance of getting the flu in people 1 year and older”.

“This is precisely the type of corporate behavior the False Claims Act is designed to stop," he added.