Accomplice in Murder of Slovak Journalist Sentenced to 15 Years

A Slovakian court sentenced a middleman in the murder of journalist Ján Kuciak and his fiance Martina Kušnírová to 15 years in prison on Monday, marking the beginning of a judicial process seen by some as a test of the strength of the court system against the interests of the rich and politically connected. 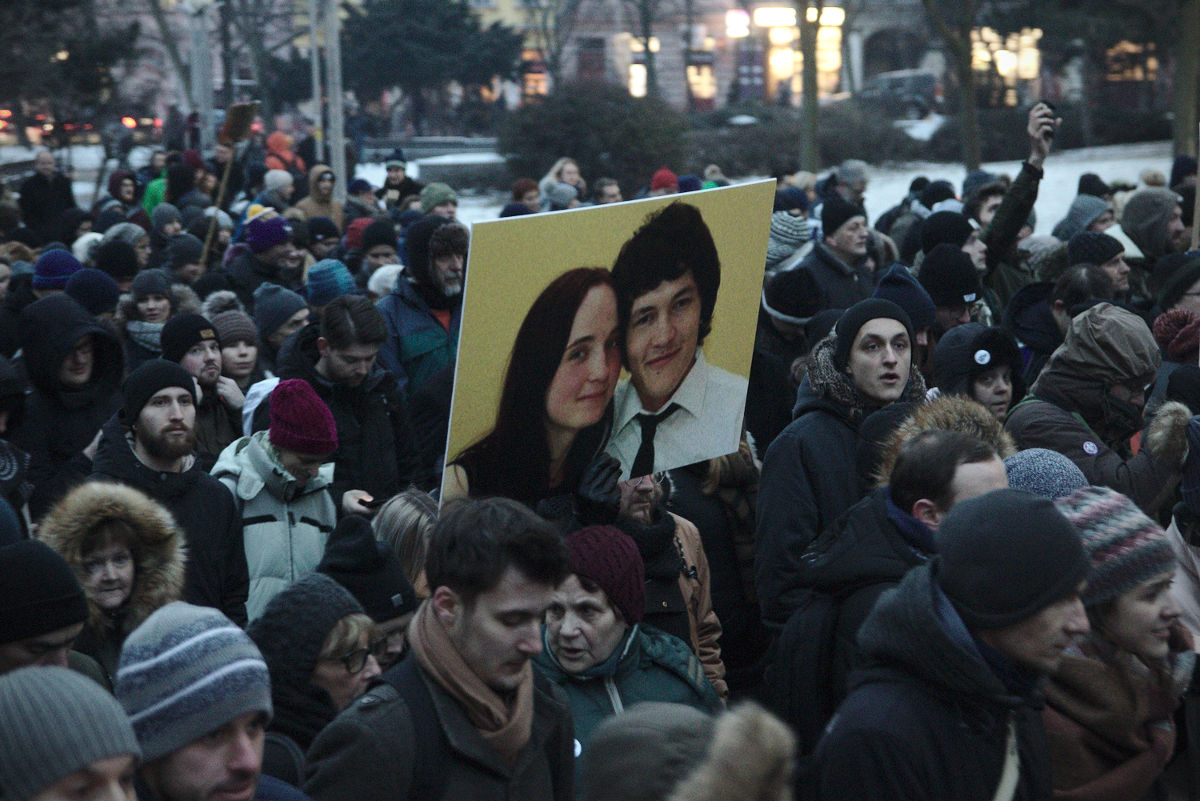 A wave of protests hit Slovakia after the young journalist and his fiance were murdered (credit: Peter Tkac)Zoltán Andruskó is one of five people indicted by Slovak police for involvement in the February 2018 murder, which triggered a massive wave of protests across the country and toppled the then-government.

The investigation by the Special Prosecutor’s Office concluded this past October, identifying Andruskó as a coordinator of the murder, and the country’s most notorious businessmen, Marián Kočner, as its alleged mastermind.

Kočner has for decades been suspected of having ties to both prominent figures in the government as well as organized crime.

As reported in an OCCRP investigation from February, the businessman’s close associate Alena Zsuzsová hired Andruskó, a former pizzeria operator, to kill Kuciak for 50,000 euros and the erasure of 20,000 euros of debt. Not a killer himself, Andruskó hired a friend, Tomáš Szabo, and a cousin, Miroslav Marček, to carry out the actual murder.

Andruskó began working with police last year, and his testimony became a critical part of the Special Prosecutor’s Office investigation into the tragedy. As the only person involved in the murder to cooperate with law enforcement, he was tried separately from the four other individuals involved.

After arriving at the courthouse concealed in a balaclava, Andruskó pleaded guilty and his defense proposed a 10 year prison sentence, which court judges ultimately deemed too lenient for the gravity of the crime committed.

"The accused, Zoltán Andruskó, traded human life," one of the presiding judges said. "He sold a value that the Criminal Code strictly protects."

In a session closed to journalists, Andruskó and the court came to an agreement to raise the prison sentence to 15 years.

“10 years for all the evil he caused was very little. 15 years is very little,” Kuciak’s brother wrote on Facebook after the short court session adjourned. “We can't win everything we've lost, nothing will return to us. But I'm very glad that the first [person] has been punished. It will only be harder.”