After they arrested her on Saturday for money laundering and fraud, Zimbabwe’s authorities accused on Monday the country’s Second Lady of also trying to murder her husband, according to the BBC. 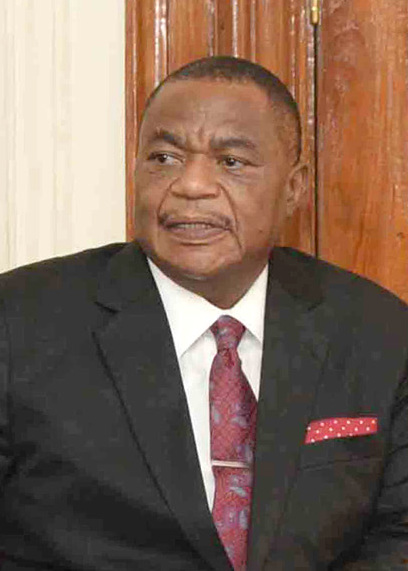 The Vice President of the Republic of Zimbabwe. (Photo: GODL-India) Constantino Chiwenga while he was receiving medical treatment in South Africa, the agency said.

The General claims that Mubaiwa pulled an intravenous drip out of his arm while he was in a hospital in Pretoria.

According to Reuters, Mubaiwa was arrested on Saturday for illegally transferring $US 919,000 to South Africa between October 2018 and May 2019. The agency cited the country’s anti-Corruption Commission (ZACC) as saying that she sent the money under the false pretence of importing goods that really never existed.

Local media outlet VOA Zimbabwe claims the two are going through a divorce and that she is facing charges of “attempting to forge the couple’s marriage certificate.” The two have been married under Zimbabwe’s customary law since 2011 and have two children.

Vice President Chiwenga played a key role in the removal of the late former president Robert Mugabe from the office.

Zimbabwe is seen as one of the most corrupt countries in the world. Corruption watchdog Transparency International estimates the country is losing $US 1 billion annually to graft.