Uncle of Syrian Dictator on Trial For Money Laundering

Two anti-corruption groups hailed the start of a money laundering trial featuring the uncle of Syria’s dictator as a first step in combating corruption in France. 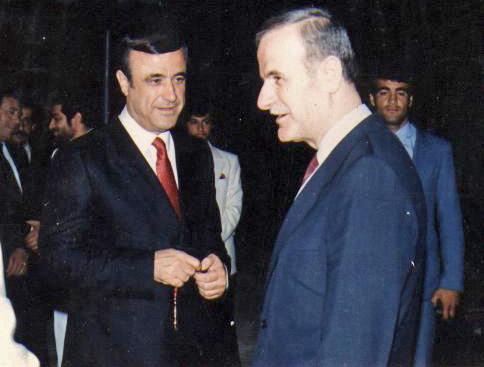 Rifaat al-Assad is seen in the 1980s. (Wiki Commons)Rifaat al-Assad, known as the Butcher of Hama for his alleged role in orchestrating the slaughter of residents that city in 1982, is facing charges connected to his French property empire.

Authorities accuse him of organized money laundering, aggravated tax fraud and misappropriation of Syrian state funds between 1984 and 2016 to buy homes and offices worth an estimated €90 million (US$99.6 million).

“This trial against Bashar Al Assad’s uncle has a special significance in the current Syrian context: it highlights the urgent need to establish a legal framework in France for the restitution of stolen assets,” said anti-corruption NGO Sherpa in a press release.

The trial comes six years after Transparency International and Sherpa filed a complaint in France’s judicial system against Assad, saying his property far exceeded his own income.

“This is another step towards the return of misappropriated assets to the profits of the dispossessed people,” said Transparency International France, in a release.

Assad did not appear in court citing medical reasons but denies the charges.

His lawyers showed records that Assad received four Saudi payments worth about €23 million between 1984 and 2010, which they claimed accounted for his wealth. They did not expand on what the money was given for.

It’s not the first time Assad’s properties have come under the scrutiny of European authorities.

In 2017, Spanish authorities seized more than 500 properties - ranging from a farm known as  “the Machine” to parking spaces worth an estimated $769 million - and froze Assad’s bank accounts, over allegations they were purchased with ill-gotten gains.

“As a result of judicial cooperation among the countries of the European Union, it was proved that Rifaat Al Assad has an estate in his name in Spain, under the name of societies managed by his relatives, including two of his children and his wife,” Spanish authorities said at the time.

Al-Assad has been in exile from Syria since a failed coup against his brother in 1984.