The CEO of Sweden’s telecom giant called the bribery scandal shaking Ericsson “unacceptable” as the firm vowed to overhaul its compliance system as well as pay more than US$1 billion to settle a corruption case. 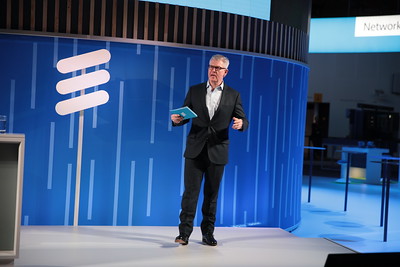 Ericsson CEO Börje Ekholm is seen in a company handout. (Ericsson)The settlement between the company and the US Department of Justice over accusations it bribed officials and falsified records was announced late Friday night, but President and CEO Börje Ekholm spoke in a conference call Monday.

“I want to make it clear that I view what has happened as completely unacceptable,” Ekholm told analysts and reporters. “The fact is we had certain employees in some markets...that clearly acted in bad faith and knowingly failed to implement sufficient controls.”

Ekholm promised that Ericcson would overhaul systems to better ensure that legal requirements are met and that similar violations will not re-occur.

However, he dodged questions how long it took the company’s board of directors to detect the scheme. US officials say telecom officials spent $83 million on bribes to win contracts and influence over 17 years.

“The reality is you have to take actions as you see them,” he said. “And it was actually not until 2016 that we had the indication the program wasn’t good enough.”

“We had a compliance program in place and a strong framework, but they were not adequately implicated,” said Ekholm.

“Through slush funds, bribes, gifts, and graft, Ericsson conducted telecom business with the guiding principle that ‘money talks.’  Today’s guilty plea and surrender of over a billion dollars in combined penalties should communicate clearly to all corporate actors that doing business this way will not be tolerated,”  US Attorney Geoffrey Berman said in a statement.