Two customs agents and a man were charged with drug trafficking in what authorities are describing as Australia’s largest-ever seizure of methamphetamine after investigators discovered the drugs hidden inside a shipment of stereo speakers. 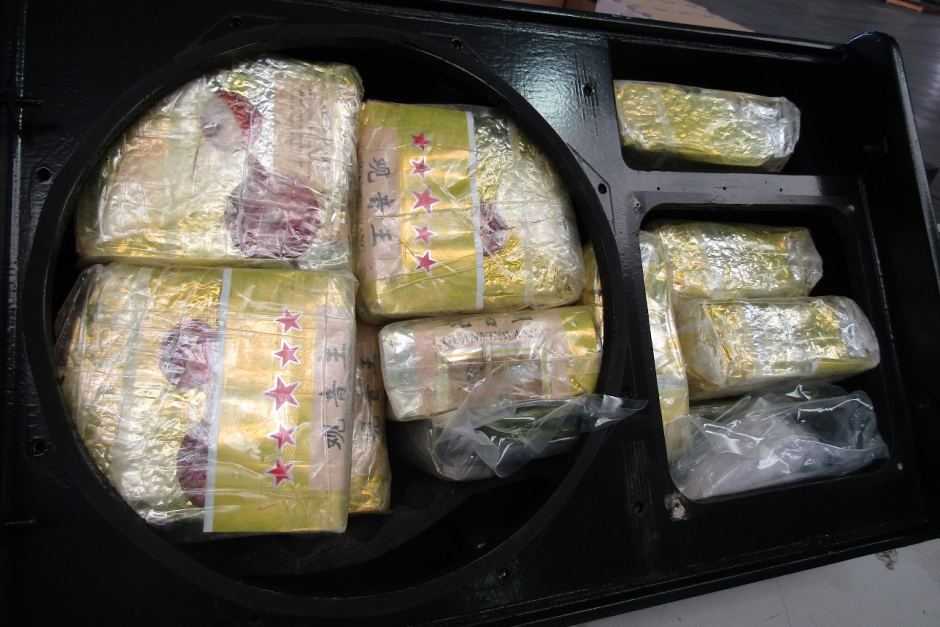 Two men, ages 37 and 38, and one woman, 37, were arrested in connection with the bust after a series of raids on Melbourne properties, the police said. The woman and one of the men, who were married to one another, worked as customs agents, according to Sky News.

“Two of the three were customs agents. They are trusted insiders within the industry," AFP Deputy Commissioner Neil Gaughan told Australian broadcaster ABC News. "They used their position of trust to circumvent the border controls that exist within Australia.”

He said the three worked as private contractors and weren’t government employees.

The drugs were first discovered during a cargo search at Melbourne’s port in April, tucked away in speakers originating from Bangkok, police said. But no one had been arrested or faced charges until the police raids this week.

“Our officers are constantly alert to attempts to conceal illicit substances, no matter how creative criminal syndicates are in trying to hide them,” Assistant Commissioner Sharon Huey said in a statement.

“In this case, officers using x-ray technology detected anomalies inside the speakers, with the subsequent deconstruction of one allegedly revealing a number of vacuum sealed packages inside.”

“The effect of these drugs on the community and families would have been profound. It may be your loved one, a friend or neighbour who has been spared the terrifying impact of this mammoth shipment,” Peter Vodel, the acting federal police commander, said in June when announcing the seizure.

The case is the latest example of drug traffickers turning to creative methods to smuggle drugs into the country.

Three months before that, police discovered an estimated 755 kilograms of the same drug hidden inside cowhides sent from Mexico.

“Australia is a lucrative market for drug traffickers only due to the amount of drugs consumed by the public and the price paid for those drugs,” Gaughan said Thursday. “This is a social problem that is the responsibility of everyone to address.”