Thousands of Girls Caught Up in Gangs in England

Girls caught up in gangs are trapped in a cycle of threats and violence and are vulnerable to criminal and sexual exploitation, reports the Guardian. 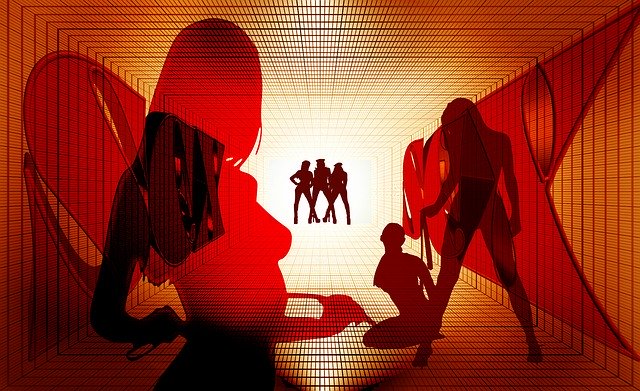 Females are not often seen as gang members. (Credit: Gerd Altmann)As many as 34% of children involved in gangs are reportedly girls, according to a 2019 report of England’s Children’s Commissioner.

“The girls I meet are in desperate situations where the harm and abuse they have endured is compounded by institutions that have let them down, leaving them unable to access services that can help them get out,” Commissioner Anne Longfield told the paper.

Females are typically not seen as gang members and that makes law enforcement less likely to identify them as such, reports brief of UK’s National Crime Agency.

Women and girls are reportedly groomed to gangs through the impression of a romantic relationship, alcohol, cigarettes and narcotics. When they try to leave the group, gang members threaten the victim’s family with kidnapping and violence.

Another way of controling them is sexual abuse, including rape. Many girls who believe they are a gang members’ girlfriend are offered to and abused by other gang members or pimped out to settle drug debts.

In gang culture, it is believed that men should control women.That makes girls view sexual abuse as a condition to belong to a gang. Sexual abuse is almost never reported, according to a report published by Public Health England.

Females as young as 12 have reportedly defined roles in gangs. They can be girlfriends or mothers of babies of gang members. Others are fully active participants of the gang, just like their male colleagues.

However, very often they serve as sexual and entertainment objects and are expected to have sex individually or in a group with male gang members at any time, reports the brief.