Runaway Politician Accused of Graft to Return to Ukraine

A wealthy Ukrainian lawmaker and Olympic show jumper who fled the country after he was accused of corruption three years ago, plans to return in December and face charges of fraud and money laundering, according to Kyiv Post. 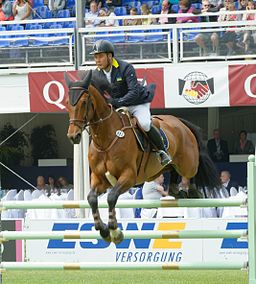 The Russian-born millionaire was a member of the Ukrainian parliament, representing ex-President Viktor Yanukovych’s Party of Regions. He was one of the flashiest politicians until the 2014 EuroMaidan Revolution overthrew Yanukovych. Onyshchenko then became a strong ally of the new president, Petro Poroshenko.

The alliance broke in 2016 when Onychenko was accused of organizing a US$125 million fraud scheme in the Ukraine’s natural gas sector. The parliament agreed to prosecute Onyshchenko, who started blaming Poroshenko for corruption.

Using the advantage of his MP status, Onychenko first fled to the UK, then Germany and finally settled in Spain. He has been wanted by Ukraine for three years, reports Interfax.

Even though he claims he is returning voluntarily, he may have decided to do so after Ukrainian authorities announced in November they were close to getting Onyshchenko extradited from Spain in December.

"There is a certain indicative date – this is December 2019. Of course, something else can happen, but he lost in the courts. Therefore, there is a decision to extradite him,” Artem Sytnyk director of National Anti-corruption Bureau of Ukraine, NABU, said, according to Interfax.

NABU also said it froze Onyshchenko’s 500,000 euros (US$ 550 000) he kept in an Estonian bank account, since the money was allegedly stolen from Ukraine. The branch of SEB bank in Estonia has reportedly been systematically used by Russian and Eastern European money launderers in recent years, reports Kyiv Post.