Mexico Pushes Back at Trump Plan to Label Cartels Terrorists

Mexico’s foreign affairs minister is calling for talks with the United States about President Donald Trump’s surprise announcement that he wants to list Mexican drug cartels as terrorist groups. 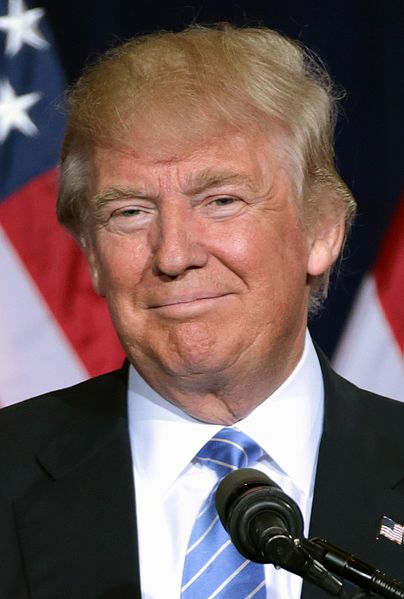 Donald Trump is seen at a press conference. (Gage Skidmore)Trump made the announcement during an interview with former Fox News host Bill O’Reilly, saying he had been working on the plan for 90 days.

“You know, designation is not that easy,” he said. “You have to go through a process, and we are well into that process.”

“Mexico will not allow any action that signifies violation of its national sovereignty,” Mexico’s foreign secretary, Marcelo Ebrard, said on social media following Trump’s comments. “Mutual respect is the basis of cooperation.”

By labeling the gangs as “foreign terrorist organizations”, the US determines that cartels cannot receive help from American citizens, relatives or people connected to it can be kicked out of the US, and the group’s funds can be seized from American banks.

By doing so, it would circumvent the Mexican judicial system. Mexico’s government has previously argued with the US about how drug lord Joaquin “El Chapo” Guzman’s assets should be distributed.

Ebrard later said in a press statement that his office was working to speak with US Secretary of State Mike Pompeo to discuss the issue and get clarity on Trump’s comments.

“This is the time for Mexico, with the help of the United States, to wage WAR on the drug cartels and wipe them off the face of the earth. We merely await a call from your great new president!” Trump wrote at the time.

Alex Lebaron, a former Mexican congressman and relative to some of those killed in the November ambush in Sonora, dismissed the concerns of other politicians.

We do not advocate ‘invasion,’” he wrote on Twitter. “We have already been invaded by terrorist cartels. We demand real coordination between both countries.”

If added to the list, the cartels would join 68 current terrorist organizations, as listed by the US.