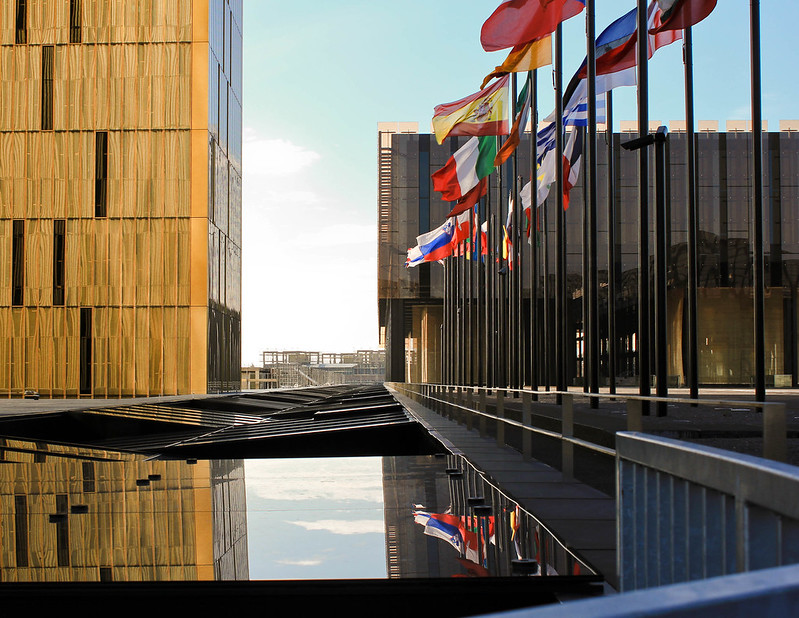 EU General Court in Luxembourg (Photo: katarina_dzurekova (CC BY 2.0))Last week the European Central Bank withdrew Anglo Austrian’s license. The bank immediately said it would take “legal measures” and took the issue to the General Court. The revocation order was suspended “pending the decision in the present case.”

After last week’s revocation order was announced, the Austrian Financial Market Authority stated it was “due to (the bank’s) history and the violation of due diligence over the past few years.” The precise reasons for revocation of Anglo Austrian Bank’s licence were not made public.

On Monday, OCCRP and its Austrian partners, profil and ORF, published an investigation showing that Meinl Bank had facilitated a system used by bankers in three Eastern European countries to move assets from their banks, bypassing regulation and hiding the dealings from local authorities.

The mechanism empowered by Meinl Bank was plain and simple. The Austrian bank would have granted loans to offshore companies, and the loans were secured by assets from Eastern European banks, usually deposited in their correspondent accounts at Meinl. When banks in Ukraine, Lithuania and Latvia collapsed, offshore companies failed to repay the debts and Meinl took the money deposited by the fallen banks.