Two former Spanish politicians have been found guilty of misusing public funds and barred from running for office for their roles in a decades-long €680 million (US$752 million) fraud known as the ERE case, according to a judgement from the High Court of Justice of Andalusia. 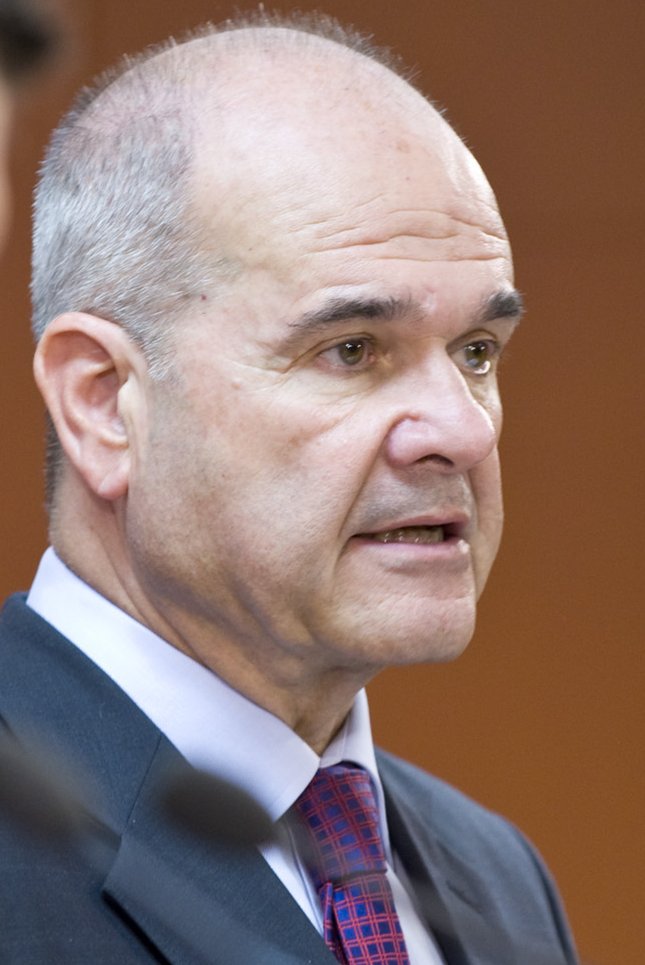 Manuel Chaves is seen on Oct. 28, 2010. (Irekia / Flickr)Manuel Chaves, a former member of the Spanish Socialist Workers’ Party, PSOE, was the former president of the Andalusia region before Jose Antonio Gruinan succeeded him in 2009. Both were arrested in 2013.

Spanish judges barred Chaves from running for office for nine years, and slapped Gruinan with a six-year prison sentence and a 15-year ban from politics.

ERE is an acronym in Spanish for a workforce dismissal plan. The Chaves and Gruinan administrations were supposed to oversee the expenditure of $752 million on helping unemployed people and struggling companies. Instead, funds were  diverted to individuals and businesses close to the political party, reported the Guardian.

The PSOE has been quick to distance itself from its disgraced members, releasing a statement claiming it respects the court’s decisions and that the outcomes does not affect the current government or its work.

“The problem of corruption is unfortunate, rejectable, and must be removed from political life, but the important thing is not how we witness events of this unfortunate character but how we react to them,” said Jose Luiz Albalos, the PSOE’s Secretary of Organization and Minister of Development.

The PSOE also blamed the People’s Party, PP, its right-leaning political rivals for the stoking outrage.

“This is a case that has been continuously and abusively wielded by the PP, no doubt also to try to divert attention from the structural and systemic corruption of its own party,” said Abalos, in the statement.

The sentencing prompted backlash from Spain’s other political parties.

“(Prime Minister Pedro Sanchez) must now be consistent and assume responsibility for the greatest corruption case in the history of Spain,” Pablo Pascado, the leader of the People’s Party said in a statement.

Santiago Abascal, leader of the far-right Vox Party, called the PSOE “the most corrupt party in Europe” after the sentencing.

In contrast, Pablo Iglesias, leader of the Unidas Podemos alliance which has signed a coalition deal with the PSOE, says the sentence shows how Spain can move forward.

“Spain has changed and will not tolerate corruption again. Now there is the opportunity to defend social justice and ensure the cleanliness of the institutions,” he tweeted.

Ironically, PSOE rose to power in last year’s elections on the back of a corruption case that brought down the People’s Party. It was found to have kept a secret slush fund generated by kickbacks from prominent businessmen, according to El Pais.