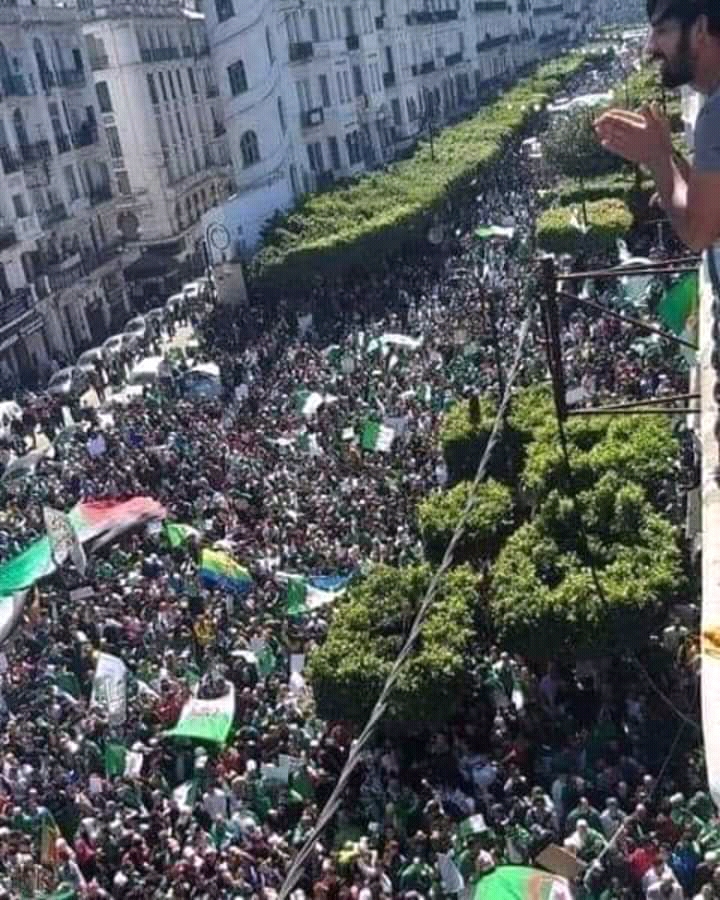 Protests in Algeria. (Credit: Rihem jeon [CC BY-SA 4.0]The resignation of Algeria’s long-time president Abdelaziz Bouteflika, 82, in April after public outrage and mass protests against his plan to run for a fifth term, triggered a series of investigations and shutdowns of several companies led by businessmen close to Bouteflika.

Some of them were arrested for illegally transferring money and smuggling hard currency abroad, according to American think tank the Washington Institute.

Those arrested include Algeria’s richest man, Isaad Rebraab, a loud critic of Bouteflika, whose net worth is more than $3 billion, and the four Kouninef brothers accused of getting governmental concessions and huge unsecured loans.

Workers let go from the affect companies received no pay for months worth of work, according to Middle East Monitor.

“The construction and irrigation sectors in the country are experiencing an intense calamity as more than 70 percent of both sectors’ professionals are shutting down their businesses,” chairman of the Forum of Heads of Institutions, Sami Akli said, according to Middle East Monitor.

“In return, we do not see any solutions to this crisis by the current government, but we are rather witnessing freezing operations of financially troubled companies’ bank accounts,” he added.

Weekly mass protests have been staged every Friday since February.  Many protesters say they don’t agree with holding presidential elections, believing it won’t change anything - according to Reuters.

Several leaders of Algeria’s protest movement have also been arrested, according to AP.

Transparency International ranked Algeria on 105 out of 180 countries in its 2018 Corruption Perceptions Index.