Russian authorities may seize the assets of relatives and friends of those convicted of corruption if not provided proof that the assets were lawfully obtained, the Russian state news agency TASS reported Tuesday. 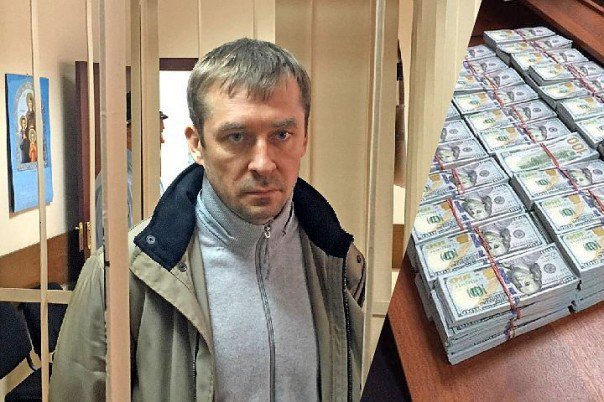 Dmitry Zakharchenko and a part of the money stash found at his home (Photo: @portal_zakonia twitter)The agency cited the country’s Constitutional Court, which confirmed the rule last month after  former Russian police official Dmitry Zakharchenko, sentenced to 13 years in prison for large-scale bribery and obstruction of justice, appealed the seizure of 9 billion Russian rubles (US$140 million) worth of property from his parents, sister and former girlfriends.

The Court concluded that the legally earned assets of Zakharchenko and his family members were clearly insufficient for the purchase of expensive cars and real estate.

Although prosecutors could not prove that Zakharchenko’s illegal proceeds paid for those possessions, the Constitutional Court reminded that such confiscation “refers to special legal measures,” aimed at combating corruption and protecting constitutionally significant values.

The daily also quoted Zakharchenko’s lawyer Alexander Gorbatenko, who warned that the Constitutional Court’s ruling “effectively places anyone at risk of civil forfeiture if they fail to prove that their assets were legally obtained.”

Less than a week ago, a Moscow court ordered confiscation of more than 6 billion rubles (US$ 94 million) in assets from the former Russia’s Federal Security Service (FSB) Colonel Kirill Cherkalin, accused of corruption, and from his family, Tellerreport news outlet reported.