The FBI has opened an investigation into possible corruption related to Pennsylvania Gov. Tom Wolf’s administration’s issuance of permits for construction on a multibillion-dollar natural gas pipeline project, the Associated Press reported Tuesday. 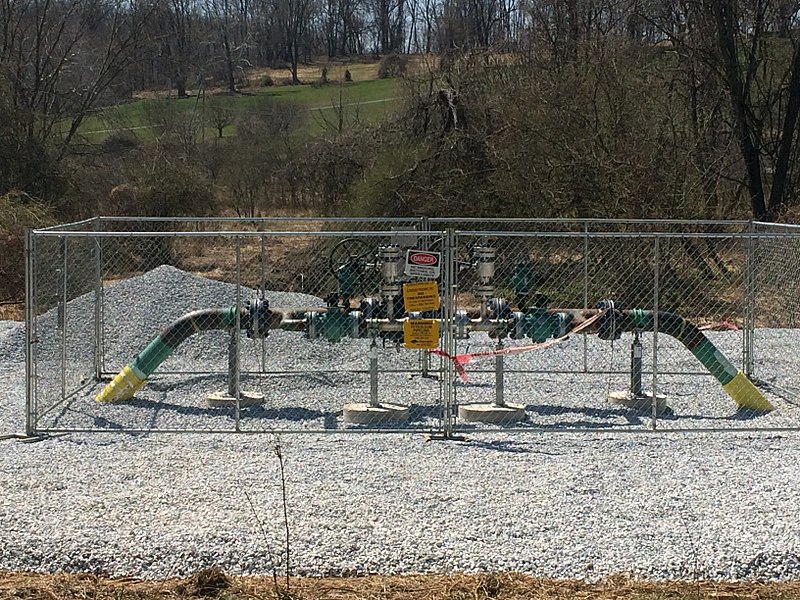 Part of the Mariner East II Pipeline in Delaware County, Pennsylvania (Source: SamHolt6 [CC BY-SA 4.0])According to that report based on three anonymous sources, FBI agents are interviewing current and former state employees about the US$3 billion Mariner East pipeline and construction permits. Agents want to know whether the Wolf administration pressured environmental protection staff in 2017 to approve the permits that are required for pipeline construction, and whether “Wolf or his administration received anything in return.”

Environmental advocacy groups maintain that Wolf’s administration pushed through incomplete permits, according to the AP. The Wolf administration declined to comment to the AP, but in the past has defended the permit process and the broader pipeline project.

Last month, The Philadelphia Inquirer reported on testimony from local residents and homeowner association representatives, who spoke at a Pennsylvania Public Utilities Commission hearing about the safety of the Mariner East project. They said the pipeline would be “too close to houses and schools to be safe and was recklessly approved by the state.”

That same Inquirer report notes that Pennsylvania environmental regulators have fined Sunoco Pipeline LP — a subsidiary of Energy Transfer LP which is responsible for the project — $13.5 million since 2017 for violations committed over the course of the Mariner East project.