Leaked footage obtained by OCCRP shows Slovakia’s former Prosecutor General Dobroslav Trnka setting up a camera in what is believed to be his office with someone who appears to be controversial businessman and murder suspect Marian Kočner. 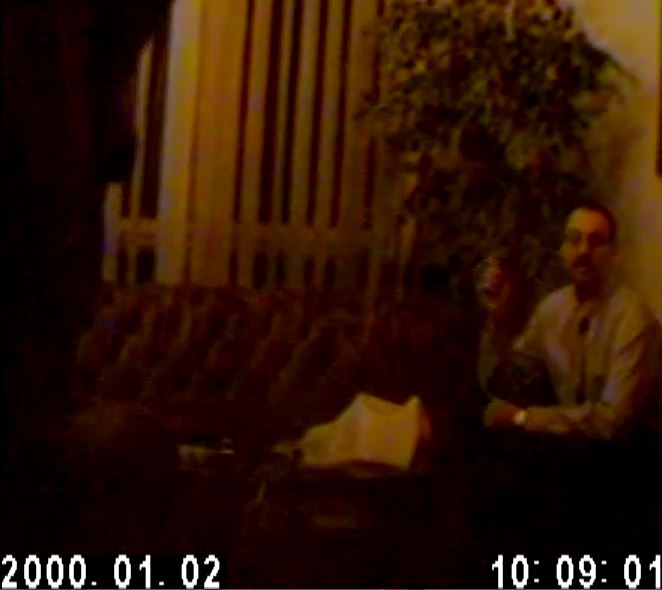 The video appears to show Trnka helping Kočner set up a camera in his office.The video provides new evidence of the two men’s close working relationship.

The exact date and nature of the recording has still not been confirmed, but their dialogue suggests that they planned to document at least one meeting taking place in the room, which would mark a grave and unprecedented breach of duty for a Slovak public official.

On Thursday, Slovak media reported that current Prosecutor General Jaromír Čižnár had suspended Trnka from his current role in the Prosecutor's Office.

Running little over a minute, the video adds to a cascade of evidence that has hit Slovakia in the last month that Kočner, who was recently indicted for the murder of investigative journalist Ján Kuciak, built a vast network of illicit relationships across nearly all of the country’s public institutions over the course of several decades.

As previously reported by Investigace, one of Kočner’s known means of securing influence with public officials was through the gathering of audio and video records of their interactions and using this as a blackmailing tool down the line.

“Sit here,” Kočner can be heard saying in the video. Trnka then enters the picture, eyeing the camera as he positions himself in one of the armchairs in the office “OK, come here now,” Kočner instructs from behind the lens. Trnka shifts to the couch, and the camera wobbles as it moves to capture him in the frame.

Kočner is a well-known Slovakian businessman who has long been suspected of having ties to organized crime. Kuciak, who had also been working on an investigation with OCCRP at the time of his death, had penned several articles highlighting Kočner’s illicit business dealings and connection to public figures.

Kočner has been in police custody since mid-2018 for financial crimes and was first publicly connected to Kuciak’s murder in October 2018. In March 2019, he was officially charged as its mastermind.

Two weeks ago, the Prosecutor’s Office made over 6,000 of Kočner’s private Threema messages public, and over 38 hours of audio recordings reportedly taken from his safe were shortly thereafter leaked to Slovak media.

Since then, each day has brought revelations of new public officials caught in Kočner’s compromising web.