In an effort to discourage the practice, the Japanese Fisheries Agency will raise the fine on the poaching of baby Japanese eels from 100,000 yen (US$925) to 30 million yen ($8.4 million) by 2023, potentially cutting off a major source of funding for organized crime groups, The Japan Times reported on Thursday. 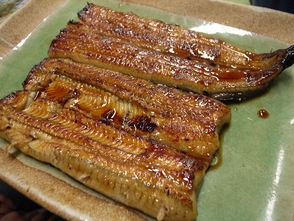 Prepared Unagi (Photo: Kossy@FINEDAYS from Akabane, CC BY 2.0)An endangered species, Japanese eels are typically caught as babies at the mouths of rivers and then moved to ponds, where they grow into adulthood and are eventually sold.

In addition to the elevated fines, poachers will serve three years in prison instead of six months, and the poaching of other varieties of edible sea creatures will also be raised to 30 million yen.

According to prefectural fishing reports, 2.2 tons of baby eels have been caught this year, but 3.7 tons of eels have been moved to aquaculture ponds, meaning some fishermen have failed to report a portion of their catch, and others are poachers.

Japanese eel, or unagi, is a hugely popular food item in Japan, and was added to the Japanese Ministry of the Environment’s Red List in 2013, according to CNN.

As of that date, the Japanese eel population has declined by 90 percent over the previous three generations.

Considering the low catch of eel this year, prices are high, and poaching of the eel is profitable. Through the black market, organized crime can bring in especially large sums of money.