After a failed arrest in early October, Mexican authorities released on Wednesday a video showing the moment soldiers handed over the son of drug kingpin Joaquin “El Chapo” Guzman to members of the Sinaloa cartel to avoid bloodshed in the city of Culiacan. 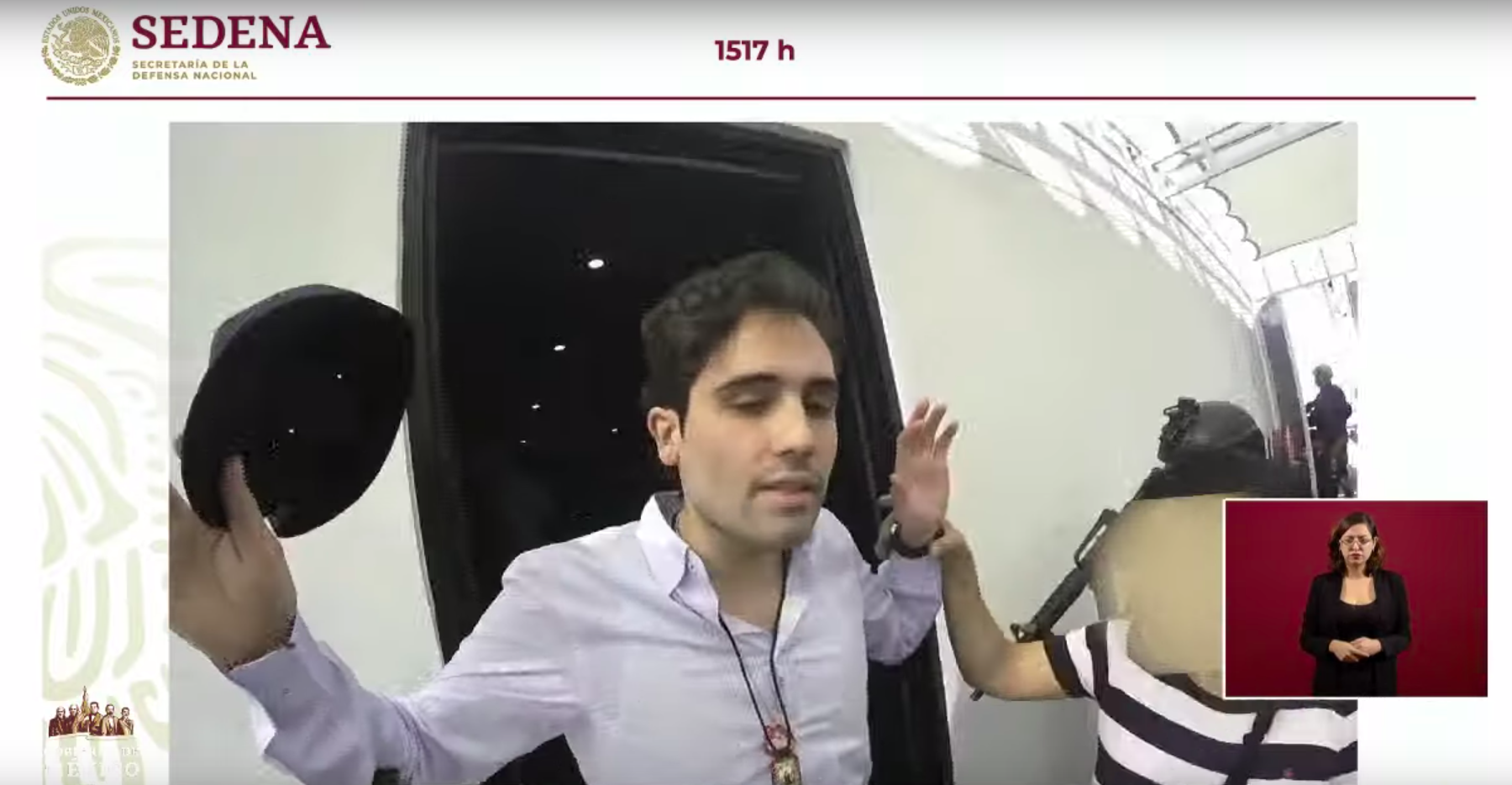 Ovidio Guzman is seen during an arrest by Mexico's military. (Source: Government of Mexico)Masked marines can be seen holding assault rifles as they order Ovidio Guzmán López out of a compound at gunpoint.

From there on, it all goes wrong.

Cartel gunmen in armoured vehicles, armed with 50-calibre machine guns and rocket launchers that can take down a helicopter, surrounded the soldiers and members of the national guard, cutting them off from reinforcement, according to Mexico’s Defence Secretary Luis Cresencio Sandoval.

Soldiers can be heard demanding Guzman to phone his brothers and call off the attacks.

“Now stop it, calm down, there’s nothing to be done… Tell them to pull back, I don’t want this,” he continues.

But the attacks didn’t end, resulting in the military calling off the operation nearly four hours later and handing over Guzman to his cartel brethren.

Eight people died in the failed operation, the Defense Secretary said, adding he believed the death toll would have been higher if the military had brought in greater firepower to overcome the cartel

The video was released at a Wednesday press conference as part of a report into what went wrong during the arrest and subsequent violence in the city.

Mexico’s Defence Secretary called Lopez “one of the main traffickers” of methamphetamine and fentanyl into the US.

President Andres Manuel Lopez Obrador has faced fierce criticism for his approach in combating the cartels, his advocation of not using violence and for the violent aftermath which gripped the city of Cuilican in the wake of the failed arrest.

But he defended both the attempt to arrest the rising drug lord as well as the decision to hand him over to gang members.

“We considered that we acted correctly,” Lopez Obrador told the media during the more than two hour long press conference.