Lebanon’s Prime Minister Saad al-Hariri resigned on Tuesday, “in response to demands” made by anti-corruption protesters, saying he had “reached a dead end,” Euronews reported. 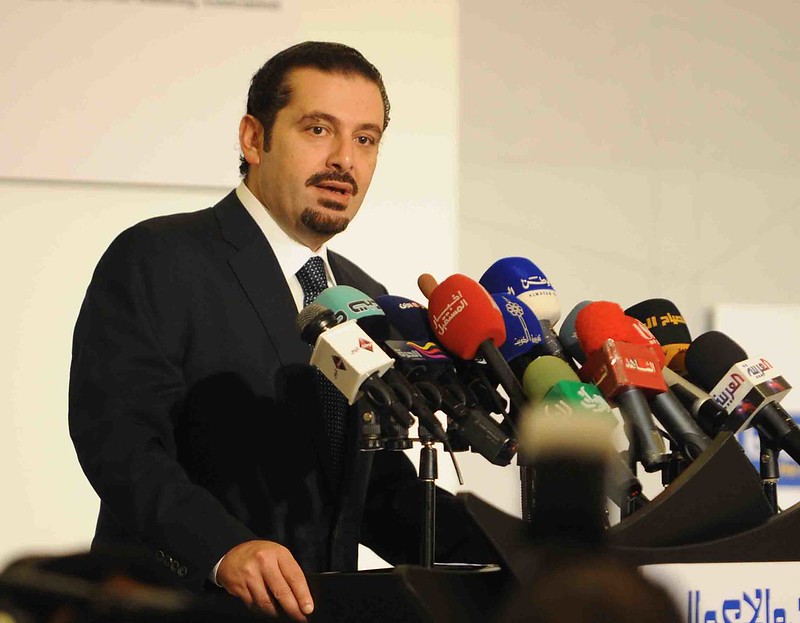 Lebanese Prime Minister Saad al-Hariri resigned "in response to demands" of anti-graft protesters. (Photo: Kuwait-Ra'ed Qutena (CC BY-NC-SA 2.0))“For 13 days (of protests) the Lebanese people have waited for a decision for a political solution that stops the deterioration (of the economy),” he said addressing the nation.

“I have tried, during this period, to find a way out, through which to listen to the voice of the people,” said al-Hariri, “but we have reached a deadlock and we need a shock in order to brave through the crisis.”

Al-Hariri will submit his and his government’s resignation to President Michel Aoun, as the reforms the government proposed earlier this month did not satisfy the protesters’ demands.

Hundreds of thousands have been filling the streets of Beirut for two weeks to protest against the government after it announced a tax on phone calls made via WhatsApp. The protests then widened their demands and requested resignations, citing mismanagement and widespread corruption.

Trying to soothe the situation, Lebanon’s coalition government approved a series of economic reforms last week, calling for a 50 percent reduction in the salaries of current and former officials, US$3.3 billion in contributions from banks to achieve a “near zero deficit” for the 2020 budget and offering plans to privatize Lebanon’s telecommunications sector and overhaul its electricity sector.

The reforms also called for establishing new regulatory and transparency bodies within a “short period” of time to oversee reform plans - addressing the concerns from protesters about effectively combating corruption.

None of this was enough to calm the furious crowd which continued to gather for the largest protests in more than 15 years, causing schools and businesses to shut down.

Al-Hariri’s decision, according to Reuters, also came as a response to rising political tensions and the worst economic crisis in the fragile West Asian state since its 1975-1990 civil war.

His resignation came after a “mob loyal to the Shi’ite Muslim Hezbollah and Amal movements attacked and destroyed a protest camp set up by anti-government demonstrators in Beirut,” in an epizode considered as the most serious on the Beirut’s streets since 2008, the agency reported.

Al-Hariri therefore called on all Lebanese to protect civil peace as the protests continue.

The fall of the Lebanese government, designed to provide equal political representation to three largest religious groups in the country - Christian Maronites, Sunni Muslims and Shiite Muslims - does not mean that a new one will be formed soon.

AlJazeera reminded that it took nine months to form the al-Hariri coalition cabinet that took office in January.