Authorities in the Western Balkans have arrested 10 suspects of an organized crime group that smuggled migrants across borders, Europol announced Tuesday. 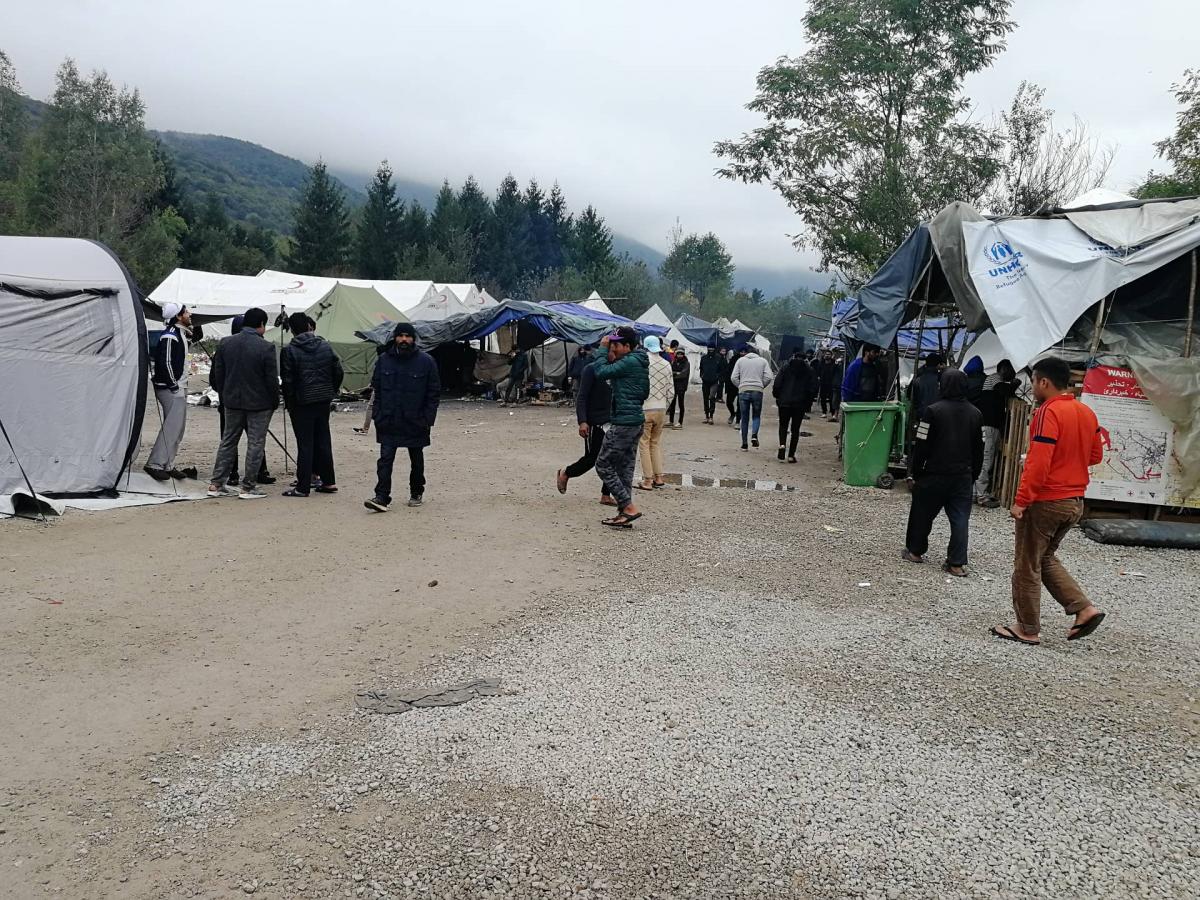 The Vučjak tent camp in Bosnia and Herzegovina (Photo: Human Rights Watch)The Western-Balkan migration route is currently the hottest in Europe and half of the migrants smuggled on the continent have come this way. Bosnia and Herzegovina has been particularly under huge migratory pressure the last several months, Europol said.

Between July and October, police from Slovenia, Bosnia and Herzegovina, Italy and Croatia, backed by Europol, were able to identify more than 150 migrants illegally transported from Slovenia to the south-east of the Balkans and then into Italy.

The suspects are citizens of Slovenia, Croatia and Serbia, and the migrants are Syrians, Iraqis, Iranians, Eritreans and Afghans.

‘’Hundreds of pieces of strategic and operational information were exchanged, and numerous investigations were initiated. Europol supported the investigations of the authorities in these three countries during Operation Hugo/River/Mordana by providing continuous analytical support which allowed the investigators to intensify their common efforts,’’ Europol said.

Police presented their results of the investigation in Koper, Slovenia, where the Chief of the Criminal Police Sector, Dejan Juric, revealed police had started monitoring this criminal group in April. Bosnia’s Border Police Advisor, Svevlad Hofman, said that had the operation not been interrupted, the criminal gang would have earned up to EUR 450,000 ($500,211), local media reported.

"They managed to smuggle 315 people and charged EUR1,000 for each, before they were arrested," Hofman said.

He also stressed that Bosnia and Herzegovina expects assistance from the European Union to provide the Bosnian police with staff and technical assistance so that it could be as equipped as border police forces in the West are.

Juric further announced that the leader of the gang was a 28-year-old Slovenian from Piran, describing the behavior of the criminals as ‘’uncompromising’’ and said that they were endangering migrants with reckless driving, driving under the influence of alcohol or by putting a large number of migrants in vehicles, Slovenian media reported.

Gabor Stankovic from  the European Migrant Smuggling Centre said that Balkan migration route was still a "hot potato" for the EU, adding that "migrations are not a problem of one country, but the entire EU."

Over 20,000 migrants and asylum seekers have arrived in Bosnia since January 2019 but the state did not provide adequate shelter, food, and access to medical assistance to the new arrivals.

“The lack of official accommodation means that many would-be asylum seekers cannot register a place of residence upon arrival - a requirement to apply for asylum. This leaves many without access to asylum procedures even after they register their intention to apply,’’ Human Rights Watch reported.

The International Organization for Migration (IOM) is warning of a fast-developing humanitarian emergency in a migrant camp near the border with Croatia and ‘’violent and unlawful’’ pushbacks from Croatia have created a bottleneck on the border, leaving many stranded in unsafe conditions.

The Vučjak tent camp was already overcrowded with 700 migrants living without running water, electricity, or medical care. But on October 16, police transferred around 1,700 more people to the camp from Bihać, the largest town in the area.

The Minister of Security for Bosnia and Herzegovina Dragan Mektic said at a press conference on Wednesday that despite neighboring countries' good deal with the issue of migrant crisis, BiH is a consensus-based and coordination-based state.

‘’In these neighboring countries there are centralized bodies dealing with this crisis, making decisions and respecting them at every level. I didn't want to talk about some things so far, but I just want to point to the fact that as BiH is regulated, we are not really able to cope with any serious crisis , "Mektic said.

The Human Right Watch and IOM have asked Bosnia and Herzegovina to immediately close the camp with inhumane conditions.