Russian President Vladimir Putin opened on Wednesday the first ever Russia-Africa Summit, which gathered dozens of African leaders in the Black Sea resort of Sochi, promising them “no-strings-attached business and protection from Western pressure,” but also from China, RT reported. 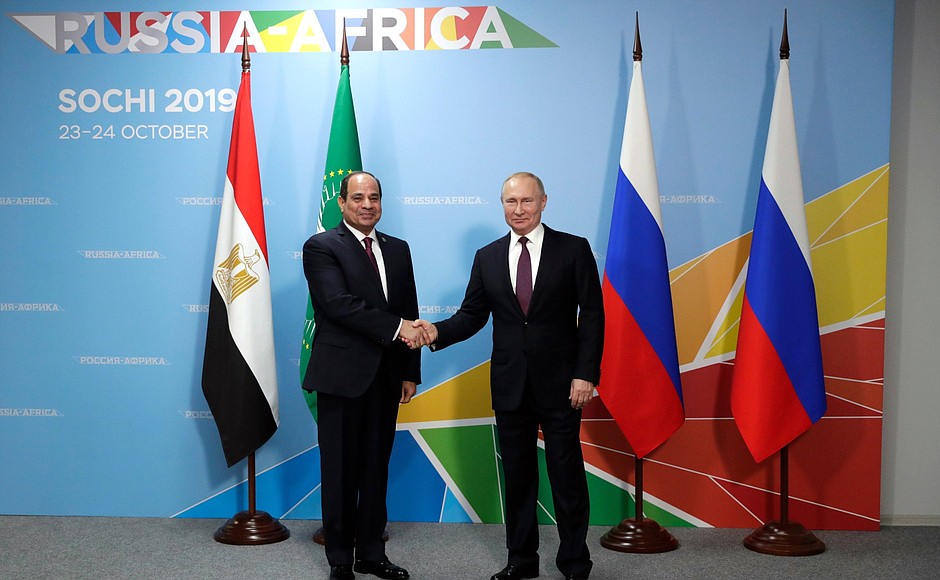 Russian President Putin and his Egyptian counterpart el-Sissi co-chair the Russia-Africa Summit in Sochi (Photo: President Putin's Office)African states have previously expressed concerns over dependence on China, which became the key foreign business partner on the continent after Russia’s influence deteriorated following the dissolution of the Soviet Union.

The two-day meeting was chaired by President Putin and his Egyptian counterpart Abdel-Fattah el-Sissi, according to the Associated Press, and reflects Moscow's new push to expand its clout on the continent.

Putin has also promised African nations cooperation without “political or other” interference.

The Summit will focus on actual and potential relations between Russia and African nations, the development of interaction in political, economic, humanitarian, and cultural fields, with an emphasis on finding ways to accelerate and develop the entire range of Russian-African cooperation in a systematic way.

Opening the summit, Putin expressed hope that Russia will at least double its trade with the African countries. “We currently export to Africa US$25 billion worth of food — which is more than we export in arms, at $15 billion,” he said.

According to Deutsche Welle, Russia is hoping to sign a potential military cooperation agreement with the Ivory Coast, which attends the Summit with 70 representatives.

Besides hoping to improve cooperation in trade and technologies, Putin has reportedly also pledged Russian commitment to combat the Ebola virus in Africa and indicated that Russia is ready to help with aid and with the training of African cadres by Russian universities.

According to Russian media, India, South Korea and the monarchies of the Gulf also have interests in Africa, but Russia “has the advantage of old ties… and touts itself as an ideology-free pragmatic partner that wouldn’t leverage its offers to extort geopolitical allegiances.”

“We have something to offer to our African friends,” Putin said in an interview to TASS,“... and we aim, together with our African partners, to uphold common economic interests and protect them from unilateral sanctions, including by reducing the share of the dollar and switching to other currencies in mutual settlements.”