Organized crime groups are poised to take advantage of a possible no-deal Brexit that would leave the UK’s borders vulnerable to fraud, smuggling and criminal activity, a government watchdog is warning. 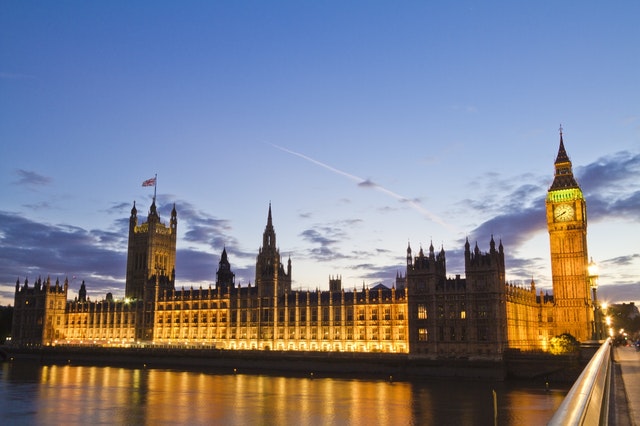 The U.K. Parliament is seen in this undated image. (Photo Credit: Pixabay)Britain is scheduled to leave the European Union in two weeks, and faces the prospect of leaving without a proper deal in place.

“It is likely that organised criminals and others would quickly exploit any perceived weaknesses, gaps or inconsistencies in the enforcement regime,” the NAO says in its latest report.

The UK has prioritized security over border compliance, meaning European Union traders will not have to provide the same information it requires from non EU traders. That system, the NAO says, is ripe to be exploited.

“The government does not have enough time to put in place all of the infrastructure, systems and people required for a fully effective border on day one of no deal,” the NAO’s report reads.

The NAO estimates Her Majesty’s Revenue and Collections - the British government tax agency - could see an increase of 220 million customs declarations annually, meaning that authorities will be overwhelmed and organised crime groups and illegally trafficked goods could slip through more easily.

Britain’s border security has improved since the NAO first sounded the alarm in an October 2018 report, but the watchdog says the country still isn’t ready.

“It is impossible to know exactly what would happen at the border in the event of no deal on 31 October 2019,” the report writes. “Departments face new challenges in monitoring and responding to any disruption that may ensue. This includes … mitigating risks of the border becoming vulnerable to fraud, smuggling or other criminal activity.”

In June, the NAO called for more consistent government funding for law enforcement to better tackle the approximately 4,500 organized crime groups operating across the country.

But the uncertainty surrounding just how Britain will leave the European Union has the watchdog concerned about the ramifications for the country’s safety in the coming years.

“Despite their efforts, significant risks remain which may have consequences for the public and businesses,” Gareth Davies, the head of the NAO, said in a statement. “Government will face new challenges in monitoring and responding to any disruption that may ensue following a no deal exit, and will need to replace temporary measures with sustainable long-term solutions to ensure the border is fit for purpose.”