Papua New Guinea police issued an arrest warrant on Friday against the country’s ex-Prime Minister Peter O’Neill, accusing him of corruption, but said he refuses to leave the Crowne Plaza Hotel and cooperate with authorities. 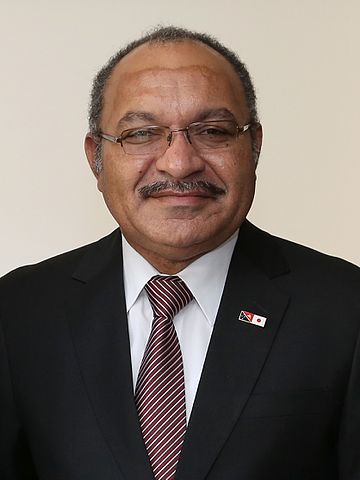 Peter O'Neill, Former Prime Minister of Papua New Guinea (Photo: Department of Foreign Affairs and Trade of Australia (CC BY 3.0 AU))“The warrant was obtained upon the weight of the evidence brought forward by the investigators,” David Manning, the acting Papua New Guinea, PNG, police commissioner, said Tuesday. He did not reveal more details from the warrant, citing the sensitivity of the investigation.

The statement said that Acting Deputy Commissioner Operations Donald Yamasombi “has made contact with O’Neill” and has asked him to accompany him to Boroko Police Station but that the former top official “has refused to cooperate with the police thus far.”

O’Neill, according to media, resigned as prime minister in May last year following a “wave of discontent over a perceived lack of public financial benefit from major resource projects and complaints about corruption, which he denied.”

He sees the accusation as a political move.

“The claims made by the Acting Commissioner are false and fabricated in a clumsy way by the Police Minister and relate to renovations to the Yangaum Health Centre in Madang, which happens to be the province of the Police Minister,” O’Neill said in a statement.

During his seven years in office, which he took in 2011, O’Neill was often a target of corruption inquiries, like in 2014, when a warrant was issued for his arrest in relation to the alleged fraudulent payments of around 72 million kina (US$21 million) to a Port Moresby law firm.

He reportedly fought the warrant that was later ruled void by the PNG Supreme Court.

He is also remembered for the purchase of 40 Maseratis for an Asia-Pacific (APEC) leaders summit he hosted last year in Port Moresby, a move some of his associates described as “deepest appreciation for the leaders who are coming to our country,” at the time.

Although the cost of the luxurious vehicles imported directly from the Italian producer was never revealed, their retail is estimated from more than $141,000 to more than $233,000 each - way too much for a country in which nearly 40% of the population lives below the poverty line and less than 23% has access to electricity, according to the Asian Development Bank.

O’Neill was forced to step down in May 2018 over his decision to sign a multibillion-dollar liquified natural gas deal with French Total and US ExxonMobil.

The government, according to Bloomberg, was under pressure to “get a better deal from the expansion of liquefied natural gas projects, including those led by energy giants ExxonMobil Corp. and Total worth as much as $13 billion.”

The World Bank and the International Monetary Fund reportedly criticized the decision, stressing at the time that the “country’s original LNG project delivered its people only limited benefits.”

According to Transparency International’s Corruption Perception Index, Papua New Guinea remains a highly corrupt country, ranked 138th on a list of 180 countries. Countries perceived as less corrupt top the list while the ones seen as most corrupt can be found at the bottom.