The pope’s chief bodyguard has resigned after an internal memo was leaked to the media, which identified five employees of the city-state who are facing investigation in the latest financial scandal gripping the Catholic Church. 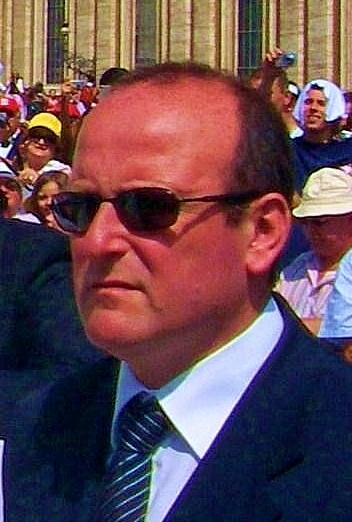 Domenico Giani is seen in 2007.Domenico Giani  served as the Inspector General of the Corpo della Gendarmeria - the head of the Vatican’s police force - under Popes Benedict XVI and Francis, from June 2006 until his resignation Monday.

Police raided the Secretariat of State and searched the Vatican’s financial watchdog agency on October 1 as part of an investigation into a botched US$165 million real estate venture in London.

Italian magazine L’Espresso published a memo listing the names of five employees suspended in the wake of the raids.

“Although the Commander bears no personal responsibility in the unfolding of the events, Domenico Giani has tendered his resignation to the Holy Father out of love for the Church and faithfulness to Peter’s Successor,” the Holy See said in a press release.

Giani only spoke to the L’Osservatore Romano - the state-run newspaper - about his decision to resign, describing how “ashamed” he felt at having the employees’ identities leaked to the public.

"For this reason, having always said and testified to being ready to sacrifice my life to defend that of the Pope, with this same spirit I took the decision to remit my assignment so as not to damage the image and activity of the Holy Father in any way,” he said.

The Vatican says the leak is “prejudicial to the dignity of the people involved” and damaged the image of the Gendarmerie. Giani’s resignation will help keep the investigation into the scandal impartial, it claims.

Despite the resignation, the identity of the person to leak the memo remains unknown.

It’s not the first time the Vatican has criticized the memo’s release.

L’Osservatore Romano previously criticized the reporting of the suspensions in an editorial, claiming the raids actually show the financial reforms launched by Benedict XVI and Pope Francis are working.

Giuseppe Pignatone - one of Italy’s top anti-mafia prosecutors - was appointed to head the Vatican’s criminal tribunal three days after the raids.

Pignatone worked with Palermo’s justice department for over 30 years then moving to Rome to head its prosecutorial service, before taking his post with the Holy See.