A group of young Azerbaijani men spent two million euros (US$2.2 million) on a 19-day-vacation on Mykonos, one of the most expensive islands in Greece. The big spenders are children of Azeris linked to the country’s gas companies, according to Greece's SKAI TV channel. 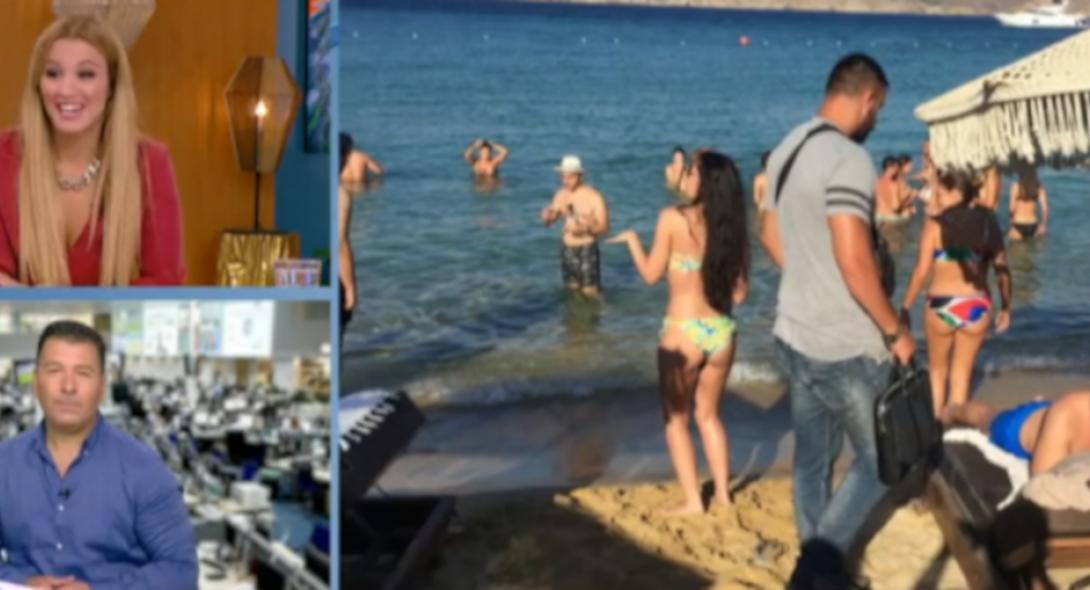 Pictures from the trip are seen on SKAI. (Screenshot: SKAI TV)Mykonos offers luxurious villas with sea-views, infinity pools and their own DJs for hundreds of thousands of dollars a week. Guests often arrive on the tiny island in private jets, rent helicopters to visit the Acropolis in Athens, or spend time in expensive beach clubs.

The same group of young men visits the island every summer, according to reports, and spent three million euros ($3.3 million) over one month last year.

Media reported that the young men were accompanied by 20 female models and followed by 12 bodyguards, who were paid 700 euros ($770) a day.

According to the report, the middle-man who helped the group with the reservation earned 600,000 euros ($660,00) in what was “entirely black money,” the report said.