US senator Ron Wyden, a Democrat from Oregon, asked Braidy Industries CEO Craig Bouchard to explain how come a controversial Russian company is investing in the aluminum rolling mill Braidy plans to build in Kentucky, although it was under federal sanctions until early this year. 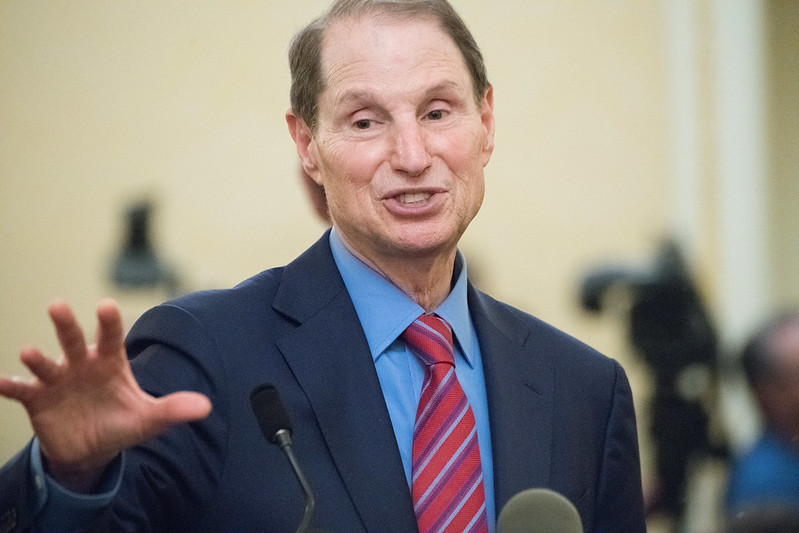 US Senator Ron Wyden looks for answers about shady businesses (Photo: US Department of Agriculture)According to his 12-questions letter sent to Bouchard last week, the senator wants to know “what preceded United Co. Rusal’s declaration that it would invest US$200 million in return for a 40% stake in the roughly $1.7 billion mill?”

Rusal has partly been owned by Russian oligarch Oleg Deripaska, who was sanctioned by the US government last year over alleged close ties to Putin.

Announcing the sanctions, the US treasury said at the time that elite Russians who profited from Russia’s takeover of Crimea and the country’s “malign activities” worldwide should no longer be “insulated from the consequences” of their government’s actions.

Those sanctions froze all of Deripaska’s assets over which the US government had jurisdiction and prevented Americans from doing business with him.

In January this year, however, President Trump’s administration lifted sanctions on three companies linked to Deripaska, including the aluminum giant Rusal, although the Democrats had led a push in Congress to continue the restrictions, as media reported at the time.

Soon after the sanctions were lifted, Deripaska’s companies Rusal and En+ Group announced they decided to pump $200 million into the low-carbon aluminum rolling mill in Kentucky.

Wyden asked Bouchard for information about “his interactions with Rusal executives and whether the proposed investment was discussed while the company was under US sanctions.”

He also wants to know whether Braidy representatives knew of investments from the Russian Direct Investment Fund, a Russian state fund under US sanctions, flowing through Rusal’s parent company to the proposed aluminum mill.

The Russian company, considered as the largest producer of aluminum outside China would reportedly “take a 40% stake in the project, which is led by US startup Braidy Industries.”

The 2.5 million-square-foot plant in Kentucky, according to the report, “will churn out metal for the auto and aerospace sectors.”

Senator Wyden, together with seven other congressional Democrats, including Adam Schiff - a key player in the House of Representatives’ impeachment inquiry into President Donald Trump, requested from Treasury Secretary Steven Mnuchin a federal review of the shady deal.

“Given that EN+ is a company substantially owned by individuals and entities with close ties to the Russian government, we believe the proposed transaction warrants immediate review by the Committee on Foreign Investment in the United States,” the lawmakers wrote in the letter in May, stressing that the investment “raises serious questions of national security.”

This summer, Senator Wyden has also criticized the decision of Trump’s administration to lift the sanctions against Rusal, stressing that the company’s “investment in a Kentucky rolling mill is deeply concerning.”

“The deal was announced just three months after the Senate voted to lift sanctions on Rusal, and now we learn that Majority Leader McConnell’s former staff have been lobbying for the project. The American people need to have confidence that this deal is in the country’s best interest,” media quoted Wyden.

Although the Senator wrote directly to its CEO, Bouchard, the Braidy company replied.

“In full transparency, we previously made the facts widely known concerning Rusal’s direct minority investment in the greenfield Braidy Atlas aluminum rolling mill, including on our website,” the company said in a statement.

It added that the “investment and the supply contract allow Braidy Atlas to create the most sustainable aluminum production in the world for the automotive and food and beverage industries, creating 600 permanent jobs, $2.8 billion of economic impact for the Commonwealth of Kentucky, and over $390 million of combined economic uplift for the neighboring states of Ohio and West Virginia.”

However, Senator Wyden said he expects Bouchard to provide answers to his inquiries until November 1.