Colombia’s Supreme Court says it will continue investigating a former president over allegations he tried to bribe a paramilitary group and then intimidate witnesses. 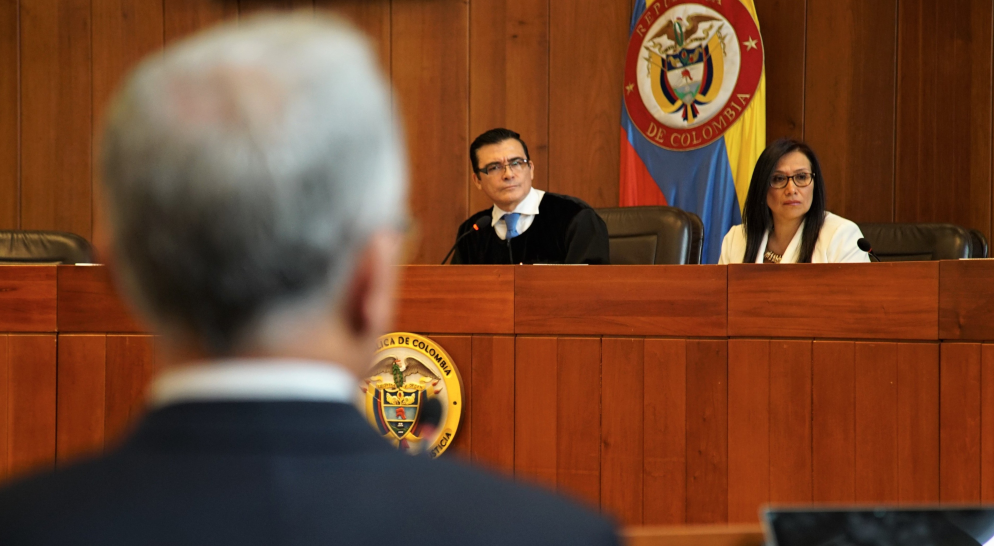 Uribe, who was Colombia’s president from 2002 to 2010, is now a senator and is considered a mentor to President Ivan Duque.

It’s the first time a former Colombian president has ever testified to the country’s Supreme Court.

The allegations date back to 2012, when Uribe accused a fellow senator of trying to link him to right-wing paramilitary groups. But in 2018, the Supreme Court said Uribe would be investigated over those links.

The announcement of an investigation, the court says, led to further attempts to manipulate witnesses.

The court released a statement after Uribe’s questioning, confirming officials believed there was sufficient grounds to move forward with the investigation.

“Facing the voices that attack the institutional legitimacy of the investigation of Senator Alvaro Uribe, we call on sanity and to trust justice. No pressure will intimidate the decisions magistrates are required to make,” he said.

Speaking the day before his court appearance, Uribe said he never imagined his “love of Colombia” would lead to legal concerns.

After his appearance, Uribe spoke to supporters saying the court should recognize his respect for truth.

“The magistrate who conducted the investigation today, which investigated me, proceeded in the line of duty. I don’t have anything to complain about,” he said. “And I think he should have perceived my respect for justice and my eagerness for the truth.”

An opinion piece on Centro Dramatico’s official website attributed to Margarita Restrepo - a member of the House of Representatives - claimed millions of Colombians wouldn’t forget the good deeds Uribe performed as president.

“Of course you are an innocent man. All the actions of your life - public and private - have been marked by transparency and decency,” she wrote.