European Court: Italy is Violating the Rights of Prisoners

The European Court of Human Rights rejected on Tuesday Italy’s request for a referral and declared its June judgement that the country must change its laws on life imprisonment and milden its harsh prison regime for those who refuse to cooperate with the authorities final. 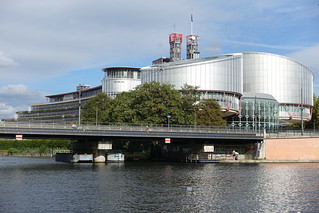 European Court of Human Rights ( Photo: Guilhem Vellut, flickr)Italy appealed the June judgement in a case a mobster filed against the country, complaining that the life sentence and the way he is treated in prison violates his human rights.

The Court found Italy was violating Article 3 of the European Convention on Human Rights that prohibits degrading and inhuman treatment and orders a general respect for human dignity.

However, the Strasbourg court made clear that it was not demanding the release of the convicted.

“The Court acknowledged that the domestic rules offered convicted prisoners a choice as to whether to cooperate with the judicial authorities,” the ECHR ruling said. “However, it had doubts as to the free nature of that choice and the appropriateness of equating a lack of cooperation with the prisoner’s dangerousness to society.”

Tuesday’s decision outraged authorities in Italy, who believe that changing the law would weaken their fight against organized crime and the mafia.

“Are they joking?” Foreign Minister Luigi Di Maio wrote on his Facebook page.

“Here in Italy we saw lifeless bodies, we heard bombs explode, we received threats and even today there are hundreds of honest entrepreneurs who receive them. We still mourn our heroes, our victims, and now we should think about protecting the rights of their executioners? The rights of those who dissolved children in acid? This can’t be,’’ he wrote.

Marcello Viola was involved in a series of incidents between two rival mafia clans from the mid-1980s until 1996.

In 1999, an Italian court sentenced him to life in prison for murder, abduction and other mafia-type crimes.

He complained in 2016 to the Strasbourg court that his “life sentence was irreducible and afforded him no prospect of release on licence.’’

Unlike other prisoners, Viols never cooperated with the authorities or gave them information that could be used to fight the mafia, which is why he never enjoyed any privileges.

“The main reason why prisoners refused to cooperate was the fear of endangering their own lives or those of their families,” the Court stated in June. “The (Italian) Court inferred from this that the lack of cooperation was not always the result of a free and deliberate choice, nor did it necessarily reflect continuing adherence to criminal values or ongoing links with the Mafia-type organisation,’’ the the verdict stated.

Italy has to pay 6,000 euros (US$ 6,589) to Viola for legal costs. The Strasbourg ruling says that "it is inadmissible to deprive a person of his freedoms, without tending to his rehabilitation and to offer him the possibility of regaining freedom in the future.”