A new study is linking the United States’ attempts to enforce stricter border controls to increased corruption among officers at the nation’s crossings, with the author warning it’s “only the tip of the iceberg.” 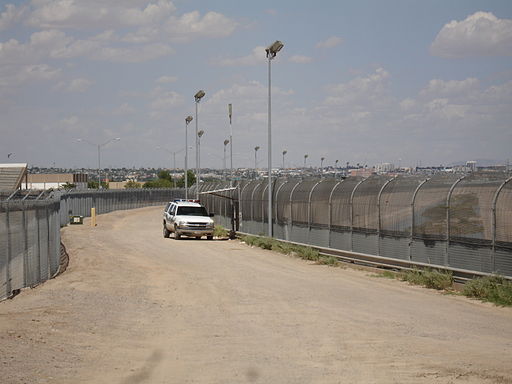 US-Mexico border fence (Photo: Office of Rep. Phil Gingrey)The San Diego State University study, published in Security Journal, also examined the correlation between the length of a border agent’s service and the crimes they were most likely to take part in.

“The lack of low-level ad-hoc petty corruption and the high percentage of drug and immigration-related cases … suggest that trust-based strategic conspiracy between the corrupt partners is already the dominant form of border corruption in the United States. Tighter border security may further increase the level of this type of bribery,” the research reads.

The majority of the agents were paid in thousands of dollars, but some incidents stick out.

One agent was alleged to have received US$5 million for helping organized crime groups over five years.

Another officer, in El Paso, helped facilitate the smuggling of $288 million-worth of marijuana across the border before she was caught after three years.

“Investigators suspected that she had sought employment with CBP in order to enable this smuggling operation,” David Jancsics, the study’s author, writes in the report.

Speaking to OCCRP, Jancsics says the desire from Immigration and Customs Enforcement (ICE) and U.S. Customs and Border Patrol (CBP) to expand their ranks and help enforce stricter border controls will potentially lead to more problems.

“They (ICE and CBP) are already behind with background checks, and speeding up the process will lead to more issues,” he told the OCCRP.

The study examined 156 cases taken from October 2004 to October 2015 - with the majority occurring in Texas, California and Arizona.

According to the data, about two-thirds of the cases involved customs officers with the remaining third involving border patrol agents.

Customs officers were typically paid for their help in getting drugs across the border while border patrol agents were bribed for their knowledge of smuggling routes and how border crossing security system works.

A theme which caught Janscics by surprise was the experience level of an official correlating to the type of corruption they would be involved in.

“Border agencies all round the world are generally more corrupt than other public agencies,” Jancsics said. “What surprised me was 71 percent of cases were related to drug trafficking or human smuggling cases.”

It’s also estimated that workers with the Department of Homeland Security accepted $15 million of bribes over the course of 10 years.

Jancsics says he believes more background checks should be performed on new agents to help avert cases like those in his study.

He offered support for the institutions, arguing they have the mechanisms in place to combat corruption, but says the lack of transparency hinders investigations.

"We have no idea of the actual extent of corruption, because this is just from the reported cases," Jancsics said. "So it's only the tip of the iceberg."