Serbian citizens have been paying on average 74 euro (US$81.6) in bribes last year, mostly to health workers, showed a study the Serbian Prevention and Fight Against Corruption Project conducted among 1,000 citizens. 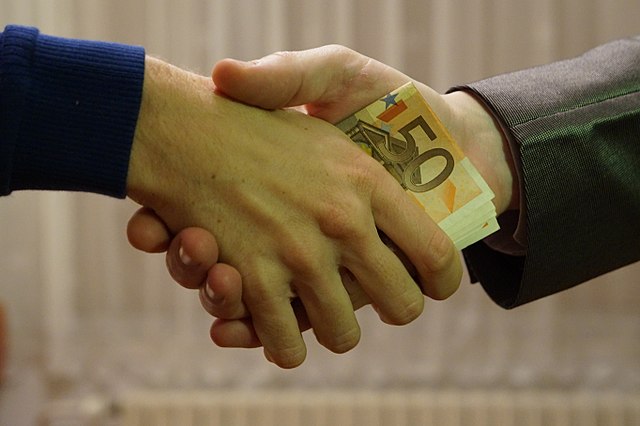 “Citizens generally criticize the corruption in the health sector with 70% of them admitting that bribery and corruption have been the cancer of healthcare,” the poll showed.

Doctors and the administration of the State Health Insurance Fund are seen as the most corrupt. However, 63% of respondents believe that small gifts for doctors or nurses, such as coffee, sweets or drinks, cannot be considered a bribe.

Political parties in Serbia, as 71% of the surveyed people said, are corrupt, while 63% believe that judges and judicial staff are also strongly affected by corruption.

The poll has also treated the country’s education system and, according to results, every third respondent believes corruption is very present among university professors and high school teachers.

Potential students who want to be sure they will be enrolled pay approximately 614 euro ($677) for that, the study shows, while some 380 euro ($419) is needed for passing an exam.

The survey also revealed a gradual increase of the number of people with both indirect and direct corruption experience.

Following the poll, the Prevention and Fight Against Corruption Project, with the assistance of the Office of Overseas Prosecutorial Development Assistance and Training (OPDAT) of the US Ministry of Justice, organized trainings this month for more than 60 Serbian prosecutors and police officers of the newly formed Anti-Corruption Departments within the appellate courts.

According to Transparency International’s Corruption Perception Index, Serbia takes 87th place on a list of 180 countries.