More than three years after the mysterious death of a 21-year-old man, Bosnia’s State Prosecution Office launched a new investigation after the victim’s family and the public accused the court in Sarajevo of portraying a murder as a simple car accident in order to hide the real perpetrator. 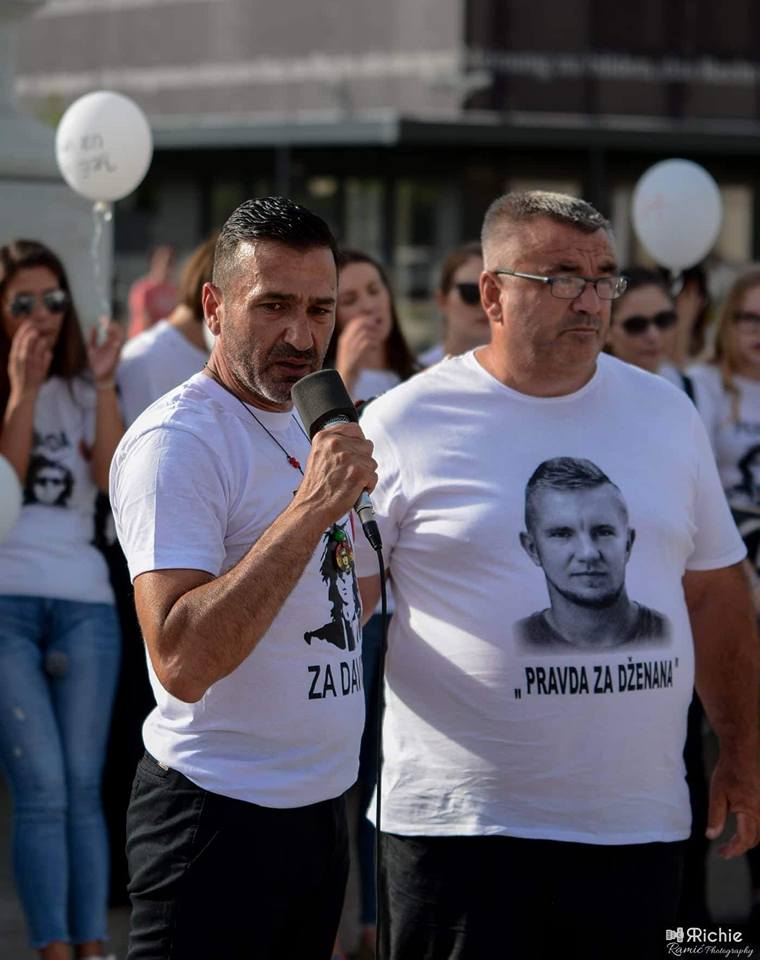 Davor Dragicevic and Muriz Memic (Photo: Pravda za Dzenana Memica @ZaDzenana)Dzenan Memic died in February 2016 from severe injuries he suffered a week earlier when a car allegedly hit him while he was walking with his girlfriend. The young woman later claimed she suffered from amnesia and does not remember what happened.

The prosecution first described it as intentional homicide, but then changed the qualification into a car accident and convicted two people. The two were later released for lack of evidence by the Supreme Court of Bosnia’s Federation (FBiH) - one of the two Bosnian semi-autonomous ministates.

Memic’s family and friends mobilized citizens from all over Bosnia to stage protests in front of the Sarajevo prosecution office, demanding the truth and the case to be solved. The young man soon became a poster child for people’s general perception of how corrupt the country’s judiciary is.

Tens of thousands marched the streets over the past years demanding the truth about Memic's death. The family is convinced police and prosecution were manipulating evidence to protect a politically influential killer.

The Memics filed criminal complaints against more than 40 people, including the former chief prosecutor of the Sarajevo region.

On Wednesday, the case finally ended up in the hands of the State Prosecution Office, which only deals with organized crime, corruption and war crimes.

“What I have been saying for three and a half years has now turned out to be true. I’m not a fool, and we have been telling the truth from the start,’’ the victim’s father Muriz said after an hour-long meeting with the State Prosecutor Gordana Tadic.

‘’Maybe from today on, a state based on the rule of law will begin to function,” father Memic added.

The family’s lawyer, Ifet Feraget, commented that it was clear from the start that it was a murder, accusing the people who were investigating the traffic accident for “consciously and deliberately covering it up.”

As the Memic’s were fighting for the truth in Sarajevo, an odd murder occured in the Serb part of the country, in Banja Luka, where another 21-year-old man was found dead on the shore of a nearby river.

Authorities there claimed David Dragicevic commited suicide but his remains allegedly showed signs of torture. The Dragicevics launched a similar campaign like the Memics and soon the two families got together and continued to fight Bosnia’s judiciary together - this uniting their supporters - former wartime foes.

Simultaneous protests in Sarajevo and Banja Luka turned political in their demands for the removal of corrupt politicians and their judiciaries.

The two families have a common lawyer who took part in the meeting between Muriz Memic and the Chief prosecutor.

David's parents also believe that authorities in Banja Luka are trying to protect their son’s killer.

“It is clear that someone from outside the judiciary controls our judicial system,” Feraget further stated.

The two families have raised the issue even with foreign embassies in Bosnia. EU's outgoing Enlargement Commissioner Johannes Hahn tweeted on Wednesday that the EU expects the Prosecutor's Office to work intensively on these cases.